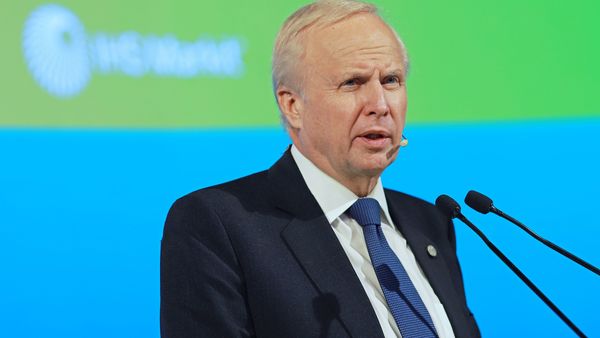 BP-RIL JV may roll out charging networks for electric vehicles 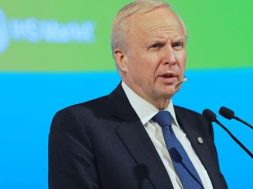 BP-RIL JV may roll out charging networks for electric vehicles

New Delhi: Attracted by India’s electric vehicle (EV) mobility play, the BP’s group joint venture (JV) with Reliance Industries Ltd (RIL) may roll out charging networks across the country in the future, according to a top executive.

This comes in the backdrop of RIL and BP JV having announced on 6 August their fuel retailing partnership for India. The joint venture, which is owned 51% by RIL and 49% by BP, plans to set up 5,500 fuel retail outlets across India.

“As we plan to go forward is providing electric charging at the retail sites and networks. So, it doesn’t involve constructing the cars or vehicles…And over time when it makes sense, we will put charging networks,” BP’s group chief executive officer Bob Dudley on Monday here told reporters.

Mint had on July 2017 reported that RIL plans to foray into retailing CNG and LNG and setting up charging points for EVs.

This comes at a time when a lack of charging infrastructure is one of the main reasons behind poor adoption of electric mobility in India. The National Democratic Alliance (NDA) government on its part plans to install one electric vehicle charging station after every four kilometers in cities and twenty five kilometers on both ways of highways connecting to these cities.

The plan to increase charging infrastructure will go through different phases wherein the mega cities with a population of over 4 million and highways connected to these cities will be considered in the first one- to three-year period. Subsequently, in the second phase within three to five years period, big cities like state capitals, union territory headquarters may be covered for distributed and demonstrative effect. The government will also install separate charging stations for heavy electric vehicles like buses or trucks after every 100 kilometres on both sides of highways.

“The $1 billion Green Growth Equity Fund we manage with partners in India will support the Indian government’s plan to increase renewable capacity to 450 GW over the next few years,” Dudley said.

In response to a Mint’s query about whether BP would be interested in entering the electricity distribution business, Dudley said, “Probably not.”

This comes at a time of a crisis in Indian electricity distribution companies (discoms) because of their poor financial health, which has resulted in delayed payment to generation utilities. The discoms owe ₹76,336 crore for the power bought from the generation companies (gencos) at the end of July, according to information available on the union power ministry’s PRAAPTI portal. This comprised ₹56,710 crore as the overdue amount. Seized of the issue, union power minister Raj Kumar Singh discussed payment security at a two-day conference of state power ministers last week at Tent City, Narmada, Gujarat.

While speaking at India Energy Forum by CERAWEEK, Dudley said, that there is close to 100 trillion cubic feet of yet-to-be-found natural gas reserves in India that would be enough to meet half of the nation’s gas demand till 2050.

India will see a massive investment of $118 billion in oil and gas exploration as well as in setting up of natural gas infrastructure in the next few years as the country prepares to meet the needs of a fast growing economy, oil minister Dharmendra Pradhan said on Monday.

Amid reports of ONGC’s inability to derive any benefit out of its HPCL acquisition, Pradhan said the state-owned firm was free to sell its stake in the oil refining and marketing company.

Pradhan added that no single form of energy can meet the growing energy demand in India given India’s development imperative that aims to ensure energy justice to all. “Mixing all commercially viable energy sources is the only feasible way forward in our context. India will chart its own course of energy transition in a responsible manner,” he said.

India, the biggest emitter of greenhouse gases after the US and China, has been pushing for a gas-based economy and plans to connect 10 million households to piped natural gas by 2020. India plans to reduce its carbon emissions by 33-35% from its 2005 levels by 2030, as part of its commitments to the United Nations Framework Convention on Climate Change adopted by 195 countries in Paris in 2015.

“We have $5 billion worth of projects coming onstream next May, and we would like to be able to sell gas in an open market to our customers as well as our own companies as well,” he said.

“I am very optimistic about the joint venture we are forming with Reliance on the (fuel) retail market. So, we will bring all types of new things, electrification, mobility, bringing convenience marketing together with Reliance,” Dudley said.

The unfolding events in West Asia have raised the spectre of a spike in transportation fuel prices in India, with traders worldwide speculating if oil will cross the $100-mark yet again. Any sudden increase in global prices will affect India’s oil import bill and its trade deficit. Every dollar increase in the price of oil raises India’s import bill by ₹10,700 crore on an annualised basis. India spent $111.9 billion on crude oil imports of 207.3 million tonnes in 2018-19.

“Areas which are very critical for the flow of crude oil are coming under heavy insecurities… Earlier cycles have also seen oil related speculative tendencies. But I am sure today in a world where not just oil, not just crude but there are so many others sources of energy which many countries are driving to get on to their basket. The challenge is in widening this basket and also challenges for countries like India where we still have a very big gap between energy consumption and what it is got to be ideally. We would like to move forward towards better energy security for the country and also from a varied wide basket,” Finance Minister Nirmala Sitharaman said.