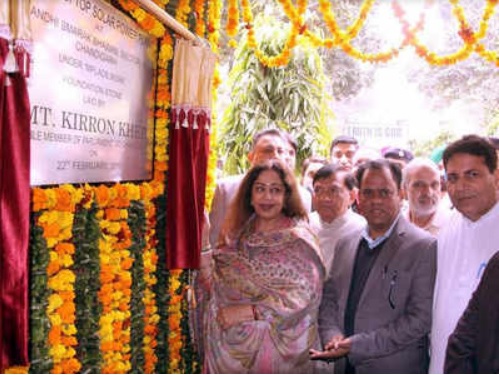 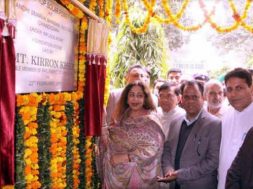 The plant was inaugurated by MP Kirron Kher. This Plant is being installed on the rooftop of Bhawan with a total cost of Rs.4.66 lakhs under MPLAD Scheme and is being executed by CREST(Chandigarh Renewable Science and Technology Promotion Society).

This plant will generate approximately 13000 units of electricity annually which will meet about 40% of the total energy consumption for this Trust.

On this occasion, MP Kirron Kher said that switching over to green energy (Solar Energy) shall always be a tribute to our Father of Nation who was strongly advocating for environment conservation. She applauded the effort of CREST, Chandigarh in their endeavour in promoting solar energy to make Chandigarh green city.

Recently, the Centre had sought report on the progress of Solar City project from the Chandigarh Administration. CREST is already putting its efforts to achieve the target of 69 megawatt set by the ministry of new and renewable energy, which is to be achieved by 2022.

The UT Administration had recently notified extension of solar plants in Chandigarh by June 30. As per notification issued by UT chief administrator Ajoy Kumar Sinha, “This shall be treated as last extension and no further extension shall be granted beyond June 30, 2019”. The CREST had had recently proposed to extend deadline to install solar plants by six months. Though the deadline for installing rooftop solar power plants at residential properties in Chandigarh expired on November 17 last year, the CREST had decided to continue accepting the applications.