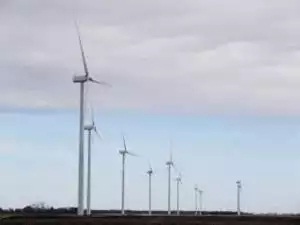 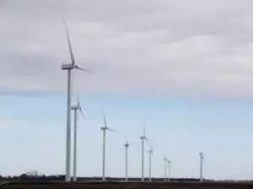 Sources said the curtailment was undertaken by the state without attributing any valid reason and even as there was no abnormality in frequency of national grid on Friday.

Andhra Pradesh on Friday regulated electricity supply from wind power plants during peak hours for second day in row in gross violation of regulatory norms, which might escalate its ongoing legal spat with the renewable energy companies in the high court.

Sources said the curtailment was undertaken by the state without attributing any valid reason and even as there was no abnormality in frequency of national grid on Friday. But the state decided to ramp up its thermal generation and disconnect renewable plants causing them losses. On Thursday, the state backed down about 3000-mw of solar and wind capacity which across the country enjoys ‘must-run’ status.

Officials in the National Load Despatch Centre or the agency to maintain national power gridNSE -0.75 % said there were no transmission constraints or disturbances in the grid to justify the back down of wind plants by Andhra Pradesh. “80% of wind power plants supplying to the state were backed down and were allowed to come on-line only after peak hours. At around 5pm on Friday the wind plants were operating at 20% capacity,” an official said.

At around 4.30pm on Thursday, about 1100-mw of wind power generation was restored and only 550-mw solar could be partly brought on line as the Sun had started setting in, he added. “Solar was at its peak when the plants were asked to shut down,” he said.

Andhra Pradesh is in a legal battle with renewable energy developers as the state has asked them to revise down electricity tariffs. The newly formed Y S Jagan Mohan Reddy government in the state in its July 1 notification, also sought to challenge its electricity regulator’s previous decision to award ‘must-run’status to renewable projects.

Renewable power plants across the country enjoy ‘must-run’ status. This was done to promote clean energy projects facilitate their integration in the grid. Power supply by a state despatch centre is arranged in the order of their cost, starting with the lowest tariff. This process, called merit order despatch, is carried on till demand of the state is met. However, power generated from renewables is not curtailed in any case.