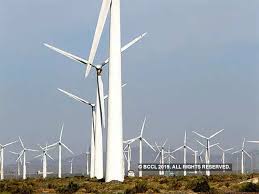 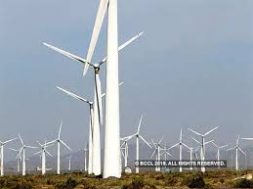 The authorities in Gujarat felt preference should be given to projects auctioned by the state since the power too would be consumed by the state.

BENGALURU: Wind power producers may soon get a breather from the stand-off over land allotment in Gujarat with the state finally planning to help centrally auctioned projects.

The state’s revenue department has directed district collectors to help such projects. Gujarat was earlier helping developers to acquire land only for projects bid out by the state’s own distribution company, GUVNL (Gujarat Urja Vikas Nigam Limited).

The order says “companies who have wind bids invited either by GUVNL or SECI or other agencies of the government of India, supported by a letter to that effect from GEDA (Gujarat Energy DevelopmentNSE 0.56 % Agency)” should be allotted land.

Solar Energy Corporation of India (SECI) is the nodal agency under the ministry of new and renewable energy’s nodal agency for conducting wind and solar auctions.

The inclusion of SECI is significant because for the last few months Gujarat had been going slow on leasing land to projects auctioned by SECI while at the same time leasing it to projects sanctioned by GUVNL.

The authorities in Gujarat felt preference should be given to projects auctioned by the state since the power too would be consumed by the state. This had left many SECI projects stuck-—out of the 7,000 MW auctioned by SECI last year, 3,500 MW was expected to come up in the state.

“By tomorrow (Tuesday), they have told us, they will start processing the files again Rs 2,000 crore was stuck with the project stagnant, I am relieved,” said one of the SECI project winning developers.