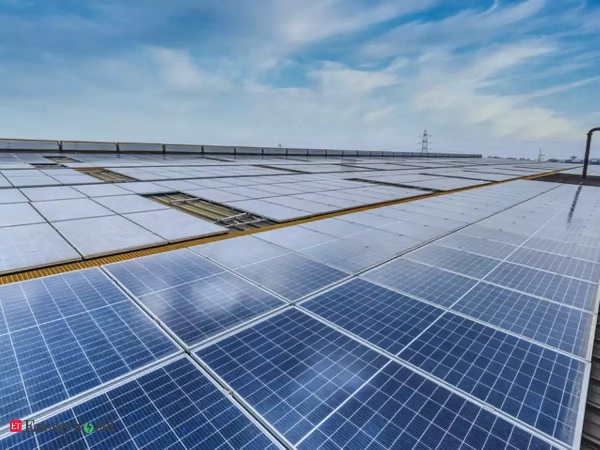 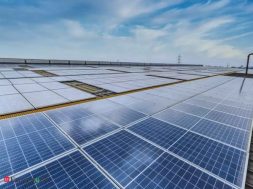 China added about 29.3 gigawatts of solar in the first 10 months of the year, the National Energy Administration said last week. That’s well short of the annual forecast of 55 to 65 gigawatts set by the China Photovoltaic Industry Association earlier in 2021. 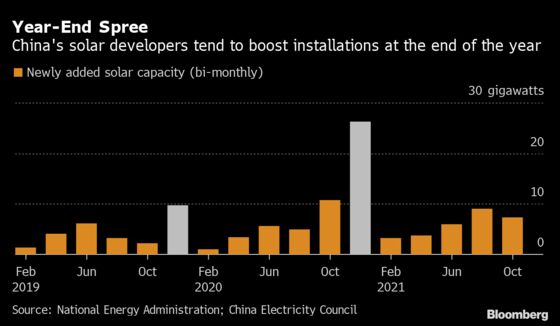 “Some projects didn’t start construction on time, and could be postponed to next year, due to high equipment costs and low profitability rates,” said Lin Wang, a Beijing-based analyst at BloombergNEF. “There’s a low operation rate in both manufacturers and developers.”

Chinese renewable developers tend to have big year-end jumps in installations in order to meet annual targets or subsidy deadlines. Last year the country installed 22.3 gigawatts in December, nearly half of the annual total, according to China Electricity Council data.

That may not be the case this year, however. The government no longer offers subsidies for most utility-scale solar plants, and the quota for rooftop solar subsidies had already nearly been met by the end of October.

Longi Green Energy Technology Co., the world’s biggest manufacturer of solar panel equipment, cut its estimate for 2021 solar installations in China from 55 gigawatts to 40 to 45 gigawatts because high prices are significantly impacting demand, Morgan Stanley analysts including Simon Lee said in a note Friday. It also lowered its guidance for fourth-quarter shipments, the bank said after hosting a virtual summit. 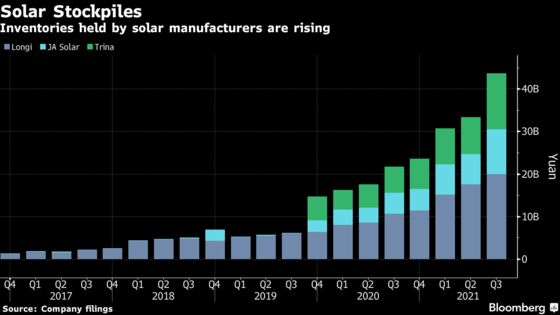 Solar module costs have risen about 28% this year, driven by skyrocketing prices for polysilicon, the ultra-conductive material they’re made of. As demand slows, inventories held by Longi and its competitors, including JA Solar Technology Co. and Trina Solar Co., had nearly doubled by the end of the third quarter compared with the previous year, according to company filings.

The slowdown likely won’t last long. Longi expects solar equipment prices to drop in 2022, driving global installations to surge from about 150 gigawatts this year to as much as 220 next year, Morgan Stanley said in the note.