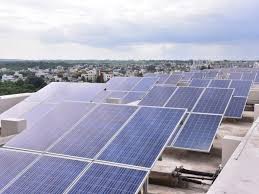 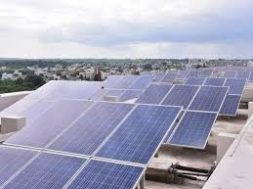 The diversification would include creating a solar portfolio, setting up coal to liquid projects and surface coal gasification projects. Mechanising transportation and increasing the number of washeries would mitigate environmental pollution.

Caught between the target to be a net zero company and producing 1 billion tonne of coal by 2024, PSU miner Coal India (CIL) has lined up Rs 26,550 crore worth of investments for diversification and environmental hazard mitigation bringing about greater sustainability in operations. The diversification would include creating a solar portfolio, setting up coal to liquid projects and surface coal gasification projects. Mechanising transportation and increasing the number of washeries would mitigate environmental pollution.

CIL, also looking for environment and social governance, has appointed a consultant for better understanding of the needful to manage risks of its operations on environment and people with the consultant helping out in assessing the company’s success beyond its finances. Aiming to reduce energy use, mining waste and pollution, CIL aims at wider conservation of natural resources, especially land and forests as it has already planted 100 million trees since inception on 39,840 hectare.

A CIL official said the company, promoting mechanised coal transportation at a cost of Rs 12,500 crore, would move 406 million tonnes of coal a year through piped conveyor belts from 35 mining projects by FY24, helping it to reduce dust pollution. The National Environmental Engineering Institute (Neeri) would assess and quantify the benefits of these projects to the environment.

CIL, looking to power mining operations by 3,000 mw of solar portfolio investing Rs 5,650 crore, would install 14 rooftop and ground mounted solar power projects. It has floated a tender to set up a coal to liquid (methanol) plant at in investment of Rs 6,000 crore in tandem with the government’s methanol economy programme for reducing oil imports. The plant would come up at the Dankuni Coal Complex in West Bengal with CIL leasing out land for the project’s life assessed to be 25-30 years. The plant would come up on build-own-operate model and produce 6.76 lakh tonne of methanol a year. This would be used for blending with petrol to up to 15% for marketing in West Bengal, Odisha, Jharkhand and Bihar.

Surface coal gasification, converting coal to syngas and subsequently to chemicals, has prompted CIL to explore possibilities of setting up five plants in ECL, SECL, WCL and CCL areas, for which pre-feasibility and marketability studies are underway. CIL envisions producing 1.3 million metric standard cubic metres of CBM a day from Ranigunj and Jharia coalfields for which it is to invest of `2,400 crore. Tenders have been issued for two projects to engage developers. Another tender for a project at Sohagpur under SECL is on the anvil, a CIL official said.

As mine closure is integral to environmental impact assessment, all opencast mines have been provided with effluent treatment plants. Clean water was made available to 7.78 lakh people around the mining areas during FY20, a CIL official said.