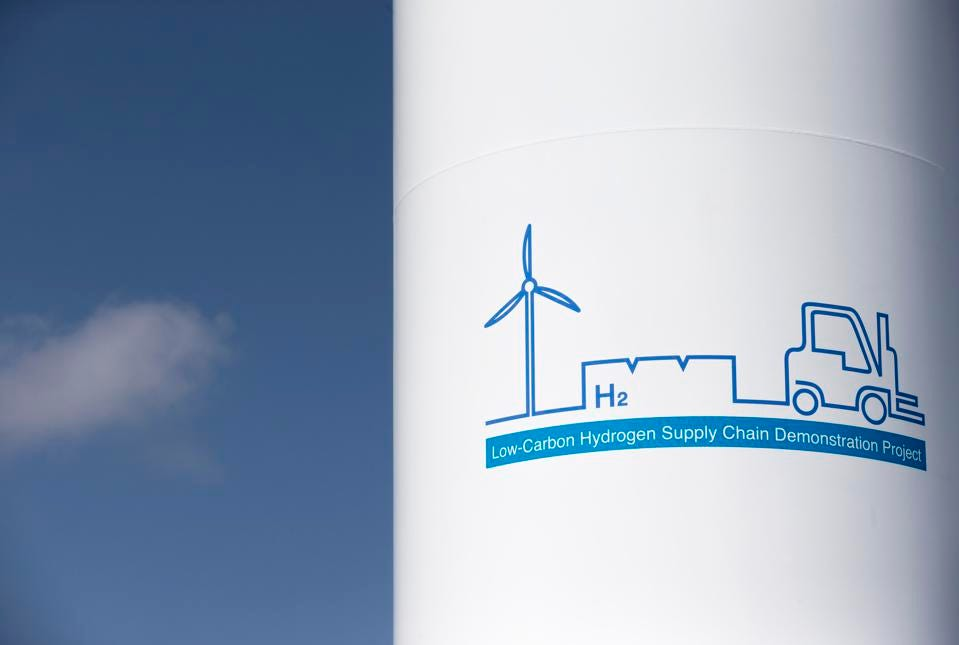 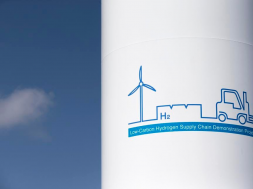 In the search for low-carbon alternatives to natural gas, clean hydrogen is increasingly being seen as a key part of the solution.

Using clean hydrogen as a main fuel source in industry would go a long way towards reducing our large carbon footprint. Clean hydrogen has many desirable attributes: it has a very high energy to weight density and when consumed, emits only water.

For this reason, it is one of the strategies where the Biden administration plans to invest heavily.

“One of the important ways to achieve net-zero carbon emissions is to find innovative approaches to create clean sources of energy like hydrogen,” said Secretary of Energy Jennifer Granholm, in a recent announcement of funding several $2 million grants for clean-hydrogen projects.

It could also become big business, if the U.S. moves towards a future clean hydrogen economy.

Clean hydrogen production could generate as much as $130 billion a year in revenues, while lowering greenhouse gas by as much as 120 million metric tons of carbon dioxide each year, according to a simulation generated by Energy Policy Solutions.

Yet the fights are already starting on where all this clean hydrogen will come from.

One of the reasons is the science behind the production: that there are multiple ways to create a hydrogen molecule, and this means choices that require more (or less) carbon intensity. The vast majority of hydrogen used today has a big carbon footprint. It comes from a stream methane reformation process, using natural gas as the feedstock. Another fossil fuel-intensive production method uses the gasification of coal.

For this reason, one of the controversies of hydrogen is whether using water to make hydrogen could replace the hydrogen that is created using fossil fuels. This process — creating hydrogen by splitting water molecules — requires using electricity, a process known as electrolysis. If this process is powered by renewable energy resources, it has the potential for a low-carbon footprint.

The challenge in using electrolysis-generated hydrogen to replace current natural gas demand, especially for industrial purposes, is that there is not enough of it – and what is produced is expensive.

Currently, the U.S. produces and consumes about 10 million metric tons of hydrogen each year, but less than 1% of it comes from green hydrogen made from the electrolysis process.

One of the big roadblocks in scaling up electrolysis-generated hydrogen to meet current industrial energy demand is the intensive amount of resources required to make it. Production requires the capital expenditure for the electrolyzer – which can cost millions — while operational expense include its operation and maintenance plus about 50 kilowatt-hours (kWh) of electricity for each kilogram of hydrogen produced. And it’s this electricity bill that drives up the cost of electrolysis-generated hydrogen: The average U.S. retail price for electricity is 12.55 cents per kWh, or $6.28 for 50 kWh.

And storage and transport run the bill up further: it requires compression to 700 times atmospheric pressure and refrigeration to negative 253 degrees Celsius, according to Bloomberg New Energy Finance. The production and storage required to meet even a quarter of the world’s energy needs would cost $11 trillion.

A recent comparative study by the European Commission estimates that electrolysis-hydrogen produced (using renewable power) costs between about $3 and $6.55 per kilogram. The same volume of fossil-based hydrogen costs about $1.80 to make.

Green hydrogen is still not cost competitive, costing about three to four times as much as the hydrogen produced through methane and steam.

This won’t always be a limitation – the technology is advancing, and the Biden administration has an initiative to reduce the cost of clean hydrogen by 80% to $1 per 1 kilogram within a decade.

Yet even these estimates rely on unsubsidized electricity prices to be in the 1 to 1.5 cent by kWh hour range, which will require additional technology advances and significant infrastructure investment.

In the meantime, an alternative for producing the volumes of clean hydrogen necessary to meet industrial demand is by leveraging the benefits of carbon capture technology. In this hydrogen production process, natural gas is mixed with steam, which creates hydrogen and carbon monoxide as byproduct. The carbon monoxide is converted into carbon dioxide by adding water. The resulting hydrogen is then transformed into a clean energy source by the capture and secure storage or utilization of this carbon dioxide.

“Using a fuel substitution strategy – with hydrogen replacing natural gas – is critical to solving emissions issues for all these utilities,” said Charles McConnell, the executive director for the Center for Carbon Management at the University of Houston and former Asst. Secretary of Energy in the Obama administration. “As we go forward with all the aspirations of the hydrogen economy – there is likely to be a 5 to 10 times increase for hydrogen.”

One of the things that makes carbon capture-hydrogen attractive is that it can be made relatively inexpensively in sufficient quantities to meet industrial demand, and the costs are expected to go down further. Hydrogen made from steam methane reformation with carbon capture currently costs about $2.40 per kilogram.

But it is the need for much, much larger volumes that generate the enthusiasm for carbon capture-generated hydrogen, particularly in manufacturing. About one-third of U.S. natural gas consumption – roughly 10 trillion cubic feet per year – is for industrial use, according to the U.S. Energy Information Administration.

At this point, research is still continuing on how best to use carbon capture in the production of clean hydrogen. The projects being funded by the Dept. of Energy, for example, involve creative ways of using coal, biomass, and waste plastic blends to generate clean hydrogen. At this time, there are only two such facilities in the world producing hydrogen at commercial scale.

Some environmentalists and researchers have expressed concerns that the process still relies on natural gas, and the resulting methane emissions that could come from the production of this feedstock.

Working towards aggressively reducing fugitive methane emissions would address these concerns, leaving the U.S. with a much-needed replacement fuel for its industrial processes.