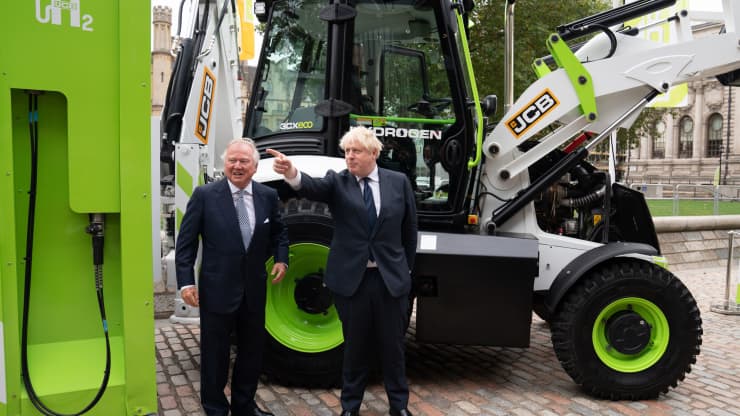 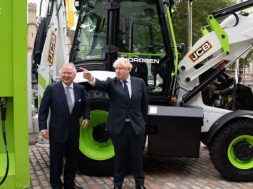 A multibillion-dollar deal related to the supply and distribution of green hydrogen in the U.K. has been struck, in the latest example of how the sector is starting to attract the attention of major firms.

In an announcement over the weekend, Australia-headquartered Fortescue Future Industries said it would become the U.K.’s largest supplier of green hydrogen after signing a memorandum of understanding with construction equipment firm JCB and Ryze Hydrogen. Fortescue described it as a “multi-billion-pound deal” but did not reveal exact figures.

The agreement will see JCB and Ryze buy 10% of FFI’s global green hydrogen output. The British firms will manage distribution alongside the “development of customer demand” in the U.K.

“This is an important step towards getting green hydrogen to the customer,” Anthony Bamford, the chairman of JCB, said in a statement on Sunday.

“It’s fine having an engine powered by green hydrogen, but no good if customers can’t get green hydrogen to fuel their machines,” Bamford said. “This is a major advance on the road towards making green hydrogen a viable solution.”

In October, JCB said it would invest £100 million ($136.5 million) in a project focused on the production of “super-efficient hydrogen engines.” Bamford’s son, Jo Bamford, is founder and executive chairman of Ryze.

Hydrogen can be produced in a number of ways. One method includes using electrolysis, with an electric current splitting water into oxygen and hydrogen.

If the electricity used in this process comes from a renewable source such as wind or solar then some call it green or renewable hydrogen.

While there is excitement about the potential of green hydrogen, there are also challenges.

Just last month, the CEO of Siemens Energy spoke of the issues facing the green hydrogen sector, telling CNBC that there was “no commercial case” for it at this moment in time.

In comments made during a discussion at CNBC’s Sustainable Future Forum, Christian Bruch outlined several areas that would need attention in order for green hydrogen to gain momentum.

“We need to define boundary conditions which make this technology and these cases commercially viable,” Bruch, who was speaking to CNBC’s Steve Sedgwick, said.

“And we need an environment, obviously, of cheap electricity and in this regard, abundant renewable energy available to do this.” This was not there yet, he argued.

In his remarks, Bruch also stressed the importance of building up an industry to support the commercialization of green hydrogen.

Technical systems and an operational knowledge built up over 10 to 15 years were crucial, he explained, noting that this was what one normally saw in the power industry.

“This is all still to come to make it … a commercial system,” Bruch said. “So the biggest problem is [that] under the current boundary conditions there is not yet a commercial case for green hydrogen.”