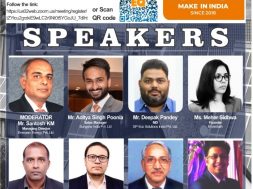 Taking steps for affirmative action on climate change is no longer an option but a necessity that requires collaborative approach for developed and developing countries alike. That is exactly what COP 23 will help to achieve.

The Paris agreement at COP21 in 2015 was truly a landmark in introducing a global deal to tackle climate change. And the world’s nations coming together again for the 23rd annual “conference of the parties” (COP) in Bonn under the UN Framework Convention to take a positive step to halt global warming has indicated global intent towards world environment sustainability.

Energy has been one of the most neglected issues in international development. Although fossil fuel ran our industrial engine for decades, only recently the side effects of continued use of fossil fuel attracted our attention. Effects of climate change are no longer subtle. The CO2blanket that envelopes the world now threatens to extinguish life by changing the climate. Frequent wildfires, melting artic ice cap, prolonged heat waves, shifting habitat, spread of disease, stronger storms, and raising sea levels have now become the new norm.

Global temperature has consistently risen to 0.85oC due to human activities within the last 130 years. Currently, global daily CO2emission levels stand at 406.47 ppm (parts per million) (January 21st, 2017). Statistics show that CO2levels have risen the highest within the last few centuries in the last 400,000 years. Tracing back our industrial growth which is also not older than couple of centuries, and considering the fact that 80 per cent of CO2emissions and major part of total greenhouse gas emissions come from fossil fuel combustion, it is fair to assume that our fossil fuel usage has drastically changed our environment.

Given the global annual population growth rate of 1.11% (estimated to be 7.5 billion in 2017) it has become a necessity to take protective measures to save our climate. COP23 represents a much needed platform for highlighting crucial problems that threaten our existence as a species and find answers through cross-country collaborations.

Hurricanes in the Caribbean, Floods in Nigeria, India and wildfires in Europe and the US, clearly indicate the not-so-subtle changes in our environment. Climate change brought by pollution is estimated to cause 250,000 additional deaths per year between 2030 and 2050. Cases of malaria, malnutrition, heat stress, and diarrhoea, are estimated to rise in under-developed countries, costing millions upon millions of lives. In 2017, Asia recorded 53.5 degrees C (128.3 degrees F) temperature in the summer days, leading to increase in heat related deaths. Climate change is also the reason behind devastating decrease and degradation in crop growth, air quality, and increase of diseases. Therefore, taking steps to change this scenario is no longer an option but a necessity that requires collaborative approach for developed and developing countries alike. That is exactly what COP 23 will help to achieve. Solving critical challenges such as global warming will obviously need considerable resources, finance, and technology for country wide development and reduction of carbon footprint. And collaboration of 195 countries that have agreed to work together creates the best pool of resources to halt global warming through aiding countries in carbon foot print reduction.

As it is established that a major part of greenhouse gases and CO2 generation comes from fossil fuel combustion, the only way to stop global warming has to be through opting green energy. Although, our fossil fuel usage has powered our growth, it has failed to offer electricity to 1.6 billion people, which should also serve as a clear hint towards changing the energy source for good.

On the other hand, each kilowatt of green energy can reduce around 3,000 pounds of carbon footprint annually. Thus, making renewable energy and especially solar the best option for reducing global warming. Besides offering a more stable energy infrastructure, renewable energy can help countries in saving billions by reducing forex outflow for conventional energy, initiate industrial improvement and create jobs.

Huge investments in renewable energy — approximately $286 billion in 2016, and nearly $8 trillion is expected to be invested within 2040 — indicates global support for green energy, which helps in global warming dissolution. Feasibility, accessibility, and efficiency of solar energy has transformed it into the best replacement for conventional energy. With global acceptance and support, global PV installations are expected to reach ~85 GW in 2017 from 78 GW in 2016, essentially becoming the most acceptable and efficient energy choice for our growing world.

With 195 nations coming together to pledge finding solutions for climate improvement, COP23 has the potential to serve as the best platform to focus on country specific energy scenarios, offering finances, developing efficient policies, and action plans to reduce carbon emission through improving the energy infrastructure (by opting solar).

Departure of the US has brought certain level of confusion regarding the stability of this initiative. And from economic stand point, it was considered a valid issue, but it should be highlighted that the support towards climate improvement treaty has been drastically increased just after US exit. And many US states, cities, and businesses have spoken in favour of the Paris climate treaty. This marks the success of the initiative. However, deals that have the potential to make positive changes require research, analysis, and agreement

64
previous ‘Things Will Change So Fast, It’ll Be Beyond Your Imagination’
next Waaree recognised with D&B Infra Award - 2017