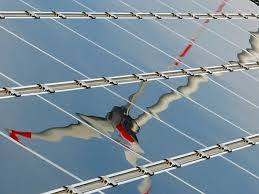 But before you get too excited and decide to cut off your natural gas supply, what hasn’t changed is the unreliability of both solar and wind

We all remember the disturbing stories coming out of Europe as little as two years ago called the heat or eat phenomenon. The push towards renewable energy contributed to large spikes in electricity costs that seniors and other people on low incomes in the U.K., in particular, were forced to choose between heating their homes or eating.

Even in Ontario, that province’s push under previous provincial governments to bring in more solar and wind power caused prices to rise so much that it helped lead to the defeat of Kathleen Wynne’s provincial Liberal government.

According to a new report from the University of Calgary, however, that era of high-cost renewable energy is over.

The School of Public Policy report on energy and environmental policy trends, Cheap Renewables Have Arrived, has found that solar and wind power prices have plunged so precipitously that they are now less expensive than efficient natural gas plants.

Recent analysis shows that over the past 10 years, wind costs have fallen by 70 per cent and solar by 90 per cent.

Shaffer, an energy economist and an assistant professor of economics, says theperceptionfor people who aren’t “electricity nerds” is that solar and wind power is a kind of “boutique power” — costly and niche.

“For many people who are thinking back about five years ago, certainly 10 years ago, and hearing about the cost of solar and wind and, you know, runaway electricity prices in Ontario, we still have that in mind because that’s not long ago,” said Shaffer during a Wednesday interview. “But it’s just changed so dramatically that’s no longer the case. Wind and solar is now cheaper than natural gas.”

Now, before you get too excited and decide to cut off your natural gas supply, what hasn’t changed is the unreliability of both solar and wind. Basically, you only get wind power when the wind blows and solar power when the sun shines.

But Shaffer says with more countries committing to net-zero emissions targets — including Prime Minister Justin Trudeau’s announcement on Thursday that pledged Canada to net-zero greenhouse gas emissions by 2050 — the push will be on to find ways to store this “zero-emission power” to be used when demand is highest — primarily through batteries, which are currently costly and not so green.

“Despite their low costs, wind and solar still have a long way to go before they are the dominant sources of energy,” states the report.

“In 2018, renewables accounted for only 8.5 per cent of total global energy supply. Despite their small share of supply, renewable energy investment growth — 97 per cent of which is in wind and solar — is outpacing any other energy source at 7.6 per cent per year.”

The report points out that even the International Energy Agency’s World Energy Outlook 2020 report — which tends to be highly conservative — declared: “Solar is the new king of electricity.”

Shaffer says the rapid decline in the cost of solar panels was caused by the demand for them in Germany, California and other European countries and particularly now that China has taken the lead on production.

“So, the renewables are now the cheapest in terms of producing electricity, but it still doesn’t give us the on-demand power we want. And so just looking at cost alone isn’t fair. We need to figure out how to turn that raw energy into on-demand power.”

Shaffer notes that just recently TransAlta put in a large Tesla battery to store renewable energy and California and South Australia are doing the same.

He anticipates that natural gas will continue to play an important role in electrification to fill in the valleys caused by the intermittent nature of solar and wind for some time to come.

In October, Premier Jason Kenney announced a new strategy for Alberta’s massive 300-year supply of natural gas, including net-zero hydrogen exports, something that Shaffer believes will be in high demand in the world.