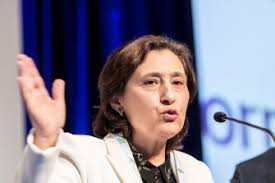 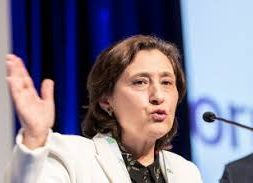 Electricity transmission constraints between Victoria and NSW will be eased after the Andrews and Morrison governments struck a $200 million deal to underwrite a key grid project that will also spur more investment in wind and solar farms.

Victoria and the Commonwealth will each tip in $100 million to support initial work on the new VNI West project, also known as the Keranglink, that will also enable the proposed giant Snowy 2.0 pumped hydro project in NSW to supply electricity to the southern state.

“This project will unlock more wind and solar power in Victoria than ever before, and is crucial action to address climate change,” Ms D’Ambrosio said.

While the $200 million is a fraction of the $3 billion energy deal between NSW and the federal government signed earlier this year, the Sunday Age and the Sun-Herald expect further funding announcements to come.

The second instalment would treat the deal with NSW, which included almost $1 billion to support low-emissions technology, as a template. Innovation to bolster the Star of the South, Australia’s first offshore wind project, would likely feature in any additional funding from Canberra.

The federal government is understood to be preparing a broader deal with Victoria to be developed in 2021, adopting a similar approach to the backing of specific projects in Western Australia such a storage and micro grids ahead of a larger deal.

Federal Energy Minister Angus Taylor touted the potential for the VNI West project to put downward pressure on prices and bolster the reliability of the grid.

“The VNI West project will play a crucial role in ensuring Victorians have access to the affordable and reliable electricity they need to power their lives,” he said, adding that the Commonwealth was also backing new transmission between NSW and South Australia and between Victoria and Tasmania.

Apart from helping Victoria exploit more of the rich solar energy resources of the state’s south-west, the project’s preferred route would also take it close to the South-West renewable energy zone, one of five big regions where the Berejiklian government is encouraging as much as $32 billion in new clean energy generation and storage.

Bruce Mountain, director of the Victoria Energy Policy Centre, said the eventual cost of the VNI West or KerangLink is unlikely to “leave much change from a billion dollars”, and would be a critical supply outlet assuming the multi-billion Snowy 2.0 project proceeds.

“Without it, there is no additional value to Victoria whatsoever” from Snowy 2.0, Dr Mountain said.

Dylan McConnell, an energy expert at Melbourne University, said the falling cost of renewable energy and storage meant the benefits of investing large amounts of money into long-distance transmission would likely diminish over time.

He also noted that the cost of infrastructure tended to exceed initial estimates, such as the rise in estimated cost of the South Australia-NSW link, known as Project Energy Connect, had ballooned from $1 billion to more like $2.5 billion.

Dr McConnell also pointed to a public forum planned for this coming week by the Australian Energy Markets Commission, where he expected transmission companies to be making their case to “frontload their costs, bringing forward how quickly they get paid” in case their assets become stranded by future technological changes.