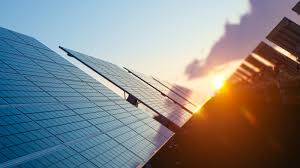 Australia’s energy landscape is ever-changing, thanks to new and emerging technologies and resources. The popularity of solar panels and battery storage continues to grow each year, and here, Tango Energy forecasts the five main ways clean energy technology will develop over the next ten years.

A major impediment to the rollout of green technology, like solar panels and battery storage, has been cost. But it’s the same with every new technology.

There’s a period in which a new technology is prohibitively expensive. That’s due to high front end research and development costs, smaller production runs until the market becomes convinced of a new technology’s benefits, and low demand.

But once demand grows, it becomes a major driver to delivering affordable technology. As economies of scale kick-in, the technology improves, and supply chains open up, the price drops and the technology becomes not only affordable, but a must have.

That was the case with VCRs, mobile phones, CD players, and DVD players. When they first entered the market, they cost thousands of dollars, but confident of latent demand in the market, manufacturers began rolling them out at scale, bringing the price significantly down.

According to Domenic Capomolla, CEO of Tango Energy, we’re at such a point now. The drive to better and cheaper green technology is well underway and will only gather momentum.

Here are five ways energy technology will evolve and change over the next decade.

Solar panel affordability will drop a further 15-35 per cent by 2030
Once the market recognises there is demand in the market for a good, it’s not long before new entrants arrive. That has certainly been the case with solar panels.

In Australia, there are over two million homes with solar panels, but of course solar panels are part of a global industry, with many suppliers in the market driving down price at the same time as improving efficiency.

“The cost of solar panels has dropped significantly over the last 20 years, and we expect to see a further drop in the sphere of 15-35 per cent by 2030 as the technology improves, becomes cheaper, and we cross a cost-benefit tipping point,” Mr Capomolla said.

“Already we’re at the stage where you can have a solar panel installed and pay it off over several years.

“The cost savings from the panel cover the additional costs of the panel, so effectively you’re getting it for free.

“And after you’ve paid it off, you end up with essentially free, or very cheap power for that property.

“That is an attractive proposition and becoming very hard for consumers to resist.”

By 2030 over 30 per cent of Australian roofs will be covered by solar
As of August 31 2020, more than 21 per cent or 2.53 million Australian homes had solar panels. It’s a trend that is expected to continue.

By the close of 2018, 1.96 million houses had solar panels, with a further 78,000 covering commercial and industrial roofs. As of June 2020, Australia had over 2.46 million solar panel installations, and that is set to continue apace.

“As technology becomes cheaper, more installers enter the market, and more affordable market innovations like battery storage and aggregator technology come on board, it will just continue to climb,” Mr Capomolla said.

“We expect that by 2030, one third of all Australian roofs will be covered in solar.”

Virtual Power Plants
Right now, energy wholesalers and retailers dominate the energy market. They provide either old energy like coal and gas, or like Tango Energy and its wholesale partner, Pacific Hydro, invest in wind, hydro, and solar farms.

But there is currently technology that is allowing residential houses with their own solar panels to hook up into what are called ‘Virtual Power Plants’.

Virtual Power Plants use sophisticated aggregator digital technology to hook houses up together into a network which can sell power back into the grid.

“Not only does this mean that as a household you can supply your own energy, and sell your own energy, for the broader public it’s a much more efficient and responsive form of power compared to base load power,” Mr Capomolla said.

“‘By 2030 we think that Virtual Power Plants will supply a large portion of the Australian energy market.”

The expansion of battery storage
Battery storage is the next frontier of energy technology and one that’s the natural successor and compliment to solar panels.

The idea is simple enough. Rather than drawing on the electricity network to power your house or business in the evening, or when the sun’s not shining, you draw on your own power source, a solar battery.

The inability to store renewable power has always been the knock on the technology from doubters, but players like Tesla are showing that battery storage is here to stay and only set to get cheaper.

“As with solar panels, so too with solar battery storage, demand and competition in the market is driving prices down,” Mr Capomolla said.

“Very soon we’ll be at a point where the economic outlay for domestic, industrial, or commercial is so small that it will be a no brainer.

“Already it makes economic sense, it’s just a question of whether people have that capacity or willingness to invest.

“We predict that over the next decade, a quarter of all homes with solar panels will also have battery storage.”

Upgrade of the grid to take more renewable energy
The national electricity grid is one that was established differently in different states a long time ago.

In Victoria, it was built to fan out from the LaTrobe Valley and to transmit old forms of energy from fire-powered coal.

The grid is designed to accommodate this baseload power, rather than to incorporate the intermittent energy that comes from renewable sources.

Once the national grid is upgraded with new poles and wires, it will be more flexible and capable of integrating the increasing loads being generated from renewables.

“To illustrate the problems the grid represents to transmitting power, it’s a bit like trying to suck a pea through a straw,” Mr Capomolla said.

“There is enough renewable energy to feed into the grid to ensure supply during periods of peak demand, that’s not the problem.

“The problem is that the grid is not designed to accommodate the quick supply of energy that renewables can supply.

“Once the grid is upgraded, that will go a long way to not only securing energy supply but we expect that by 2025 the energy mix running through the grid should regularly be around 50 per cent renewable/50 per cent old energy.”