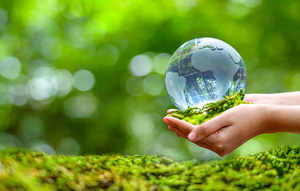 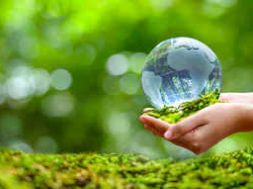 While it would create credit challenges for oil refiners and operators of captive coal power plants, it added

New Delhi: COVID-19 green recovery plans will help drive credit divergence in the Asia-Pacific region leading to increased focus on environmental, social and governance factors, according to a report by Moody’s Investor Service released on Wednesday.While it would create credit challenges for oil refiners and operators of captive coal power plants, it added. It further said that such stimulus packages would also lead to savings resulting from low renewable energy costs.

Pandemic-related fiscal stimulus that invests in environmental projects, such as climate change adaptation, can have positive long-term credit advantages for public- and private-sector debt issuers in the infrastructure, construction and auto sectors,” Moody’s said in its report.According to the report, globally, some governments were including environmental objectives in their recovery packages, which could be credit positive for countries exposed to physical climate risks and for firms involved in green power.For Asia-Pacific sovereigns, differing policy space and approach to green stimulus measures may amplify their divergent credit quality, as wealthier sovereigns are better able to absorb the discretionary costs of green stimulus programs and at a lower cost of borrowing,” said Moody’s in its report.

It added that stimulus packages in the region would reinforce carbon-intensive activity. Many of such plans include fiscal support for airlines and subsidies for power and fuel, the impetus to support households and the costs of energy transition.However, the report said that Asian governments have undertaken a modest level of green stimulus, mainly in wealthier countries and China.Most stimulus packages in the region have focused immediate needs such as public health and income support for households and businesses, which may limit discretionary funds for environmental objectives,” it said.

It said that renewable energy was a key focus of green stimulus in Asia-Pacific and said that the governments should continue to implement clean energy policies to complement the region’s standing as one of the largest absolute contributors to global emissions by virtue of the region’s size.

tags: ASIA PACIFIC COVID-19 driving green recovery
0
previous Imran Khan says 60% of all energy produced in Pak will be clean by 2030
next Inverted perovskite solar cells with an efficiency of >21%