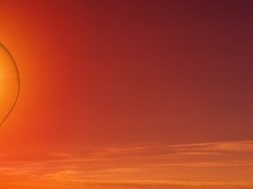 India’s rural and underprivileged areas still struggle in terms of their energy needs. Reliable, affordable, and clean energy plays a unique role in accelerating the social, environmental, and economic development of these communities, which is why they look to the Decentralized Renewable Energy (DRE) sector.

To understand how this sector is impacting rural areas and in turn India’s Renewable Energy (RE) goals, The Tech Panda spoke to Adwait Joshi, CEO of CLEAN (Clean Energy Access Network) a non-profit organization that is considered the industry body of the DRE sector in India.

They don’t have to depend on availability of energy from the grid or centralized sources if they have access to DRE solutions. Just like us urbanites, they can democratically choose when they want energy to charge their phones, to light a bulb, or to cook

Joshi believes, in the long term, there is scope for the DRE sector to expand itself and create new markets and opportunities.

Until now, most of the work in this space has always been thought of as an energy conversation. However, going ahead, Joshi thinks that while there already is a central ministry, the Ministry of New and Renewable Energy (MNRE), to deal with the larger issues, there has to be an MNRE under each and every non-energy ministry as well.

India and Clean Energy
The statistics on RE generation in India versus the rest of the world are being discussed regularly. India is ramping up its RE deployment to meet ambitious goals. The government is targeting 175 gigawatts (GW) of renewable capacity by the year 2022 and is aiming for 450 GW by 2030. However, looking through the clean energy-for-development lens, India is not standing at the front in line with many in the world.

India has a diverse landscape when one looks at states such as Maharashtra, Karnataka, etc., and poor performing states such as Odisha, Rajasthan, and the North Eastern states. A study done by SELCO Foundation, a founding member of CLEAN, finds the human development index of Odisha comparable with indices of Mali, Ethiopia, or Philippines.

Joshi says these states can pivot their SDG indicators by leveraging clean energy for development. CLEAN is striving for the same.

CLEAN maps key indicators of the DRE sector through its member enterprises, such as social and environmental impact, business activity, innovations, market trends, finance opportunities, and challenges, to influence policy makers, financial institutions, research institutions, incubators/accelerators, and skill-training institutions. It also shares these insights from India with other countries with similar or worse energy challenges.

The organization was setup as a program in 2014 by its charter members, which include some of the most influential organizations in the sector, such as The Energy and Resources Institute (TERI), GIZ India, SELCO Foundation, Shakti Sustainable Energy Foundation, WWF India, UN Foundation, Council on Energy, Environment and Water (CEEW), Ashden India Renewable Energy Collective, The Climate Group (TCG), Indian Renewable Energy Federation (IREF) and The Nand and Jeet Khemka Foundation.

CLEAN’s Stance on Blockchain
Emerging technologies like AI and blockchain in RE systems are making a strong presence gradually, striving to make the sector efficient and mainstream. Joshi feels that blockchain is still a year or two away from the DRE sector. At the same time, he highlights that there are quite a few opportunities on how blockchain can be used.

One of CLEAN’s members is piloting a project in electrified villages to figure out how blockchain solutions can be used for inter-household energy trading.

“Blockchain further strengthens the potential for DRE. For example, they are typically used in peer-to-peer energy trading. Similarly, if I think about the decentralized space, there are thousands of micro-grids today in India, which are catering to different sets of villages,” he explains.

“Many of these micro-grids are still not completely interacting with the grid today. A blockchain-enabled platform can actually help these micro-grids to trade energy within that micro-grid. The space itself can strengthen the net metering concept for those kinds of spaces or enable a grid interaction, once the grid becomes interactive with micro-grids as well,” he adds.

India has just stepped into conversations about electric vehicle charging stations. Joshi thinks it makes sense to have blockchain in those conversations right from the start, so that all the DRE work that has been happening can start orienting itself to the future of having blockchain as part of their lives.

On a financing front, he thinks, there are still a few more steps that India or the energy sector has to take to really see the potential of blockchain come to life. He also thinks too much hype about blockchain without any success might create a situation of questioning the blockchain and the DRE space together.

“That’s a risk. So it’s important to do pilots,” he says.

CLEAN and its member enterprises look at clean energy with a broader lens, and go beyond energy generation. The focus is on how many people are seeing an increase in their income because of their energy service or product, how many are seeing better health indicators, how many have access to a comparable choice of employment between a clean energy-enabled job in their home town or village versus the choice of being a migrant worker.

As Joshi says, “In a larger picture, DRE democratizes energy for the rural and urban poor. They don’t have to depend on availability of energy from the grid or centralized sources if they have access to DRE solutions. Just like us urbanites, they can democratically choose when they want energy to charge their phones, to light a bulb, or to cook.”