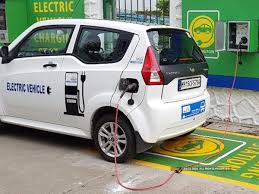 New Delhi : A centralised tendering system will be adopted to hire an operator to install, run, maintain and upgrade charging stations for electric vehicles in the city, the Delhi Transport Department said on Monday. Land-owning agencies will be required to provide land for the installation of public electric vehicle (EV) charging stations, it said.

“Delhi has the distinction of having the maximum number of different land owning agencies. We understand how crucial making an electric vehicle friendly ecosystem is to the effective implementation of the EV policy,” Transport Minister Kailash Gahlot said after a meeting with stakeholders to discuss identification of potential locations to set up charging stations.

Gahlot expressed satisfaction that all the land owning agencies are aligned to the Delhi government’s and Chief Minister Arvind Kejriwal’s vision of making Delhi the EV capital of India.
“Our working group is already working diligently on identifying probable locations for installing charging infrastructure, and in the next few weeks, we are confident of having a final list of locations where charging stations would come up,” he said.

The meeting convened by Gahlot discussed the status of identification of potential land sites owned by various government agencies, according to a statement.

Vice-Chairperson of the Dialogue and Development Commission of Delhi, Jasmine Shah, was also present in the meeting.

Delhi has currently about 70 charging stations. The city government is working to expand infrastructure as per its EV policy to increase electric vehicle numbers, which is to be 25 of all new vehicle registrations, by 2024.

Gahlot stressed on building an effective EV infrastructure across the city for faster uptake of electric vehicles.

The first meeting of the working group on accelerated rollout of charging infrastructure in Delhi was held in September.

During this meeting, the members had agreed that DTL as the nodal agency for EVs will pool government land parcels and integrate a state-wise tender to install charging stations across the city.

Simultaneously, DTL and Delhi DISCOMS will also conduct a joint-survey of the land parcels to identify sites for Priority-1 of the tendering process, said the statement. VIT ANB ANB.

tags: centralised tendering system
0
previous U.K. Funding for Electric-Vehicle Charging Still on a Trickle
next Electric vehicle charging stations to be placed about 50 to 70 km apart in Thailand