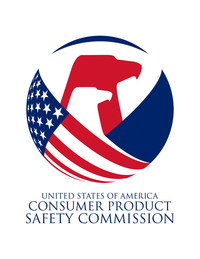 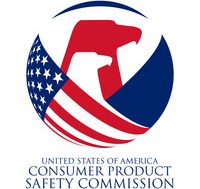 Hazard: The capacitors can fail and allow heat to build up and the cover can eject with force from the unit, posing fire and impact hazards.

Consumer Contact: Delta Electronics toll-free at 888-770-7142 from 7 a.m. to 6 p.m. CT Monday through Friday or online at www.eltek.comand click on “Product Recall” for more information.

Description:This recall involves the Eltek THEIA HE-t string inverters that convert DC power from residential solar panels to AC power supplied to the electrical grid system. The recalled inverters measure about 28 inches high by 14 inches wide by 6.5 inches deep. They were sold in four different kilowatt ratings: 2.0 kW, 2.9 kW, 3.8, kW, and 4.4 kW. “Eltek,” and the model designation “THEIA” and “HE-t” are printed on the front display panel of the inverter. The inverters could be installed in different places in consumers’ homes.

Incidents/Injuries: Delta Electronics has received 11 reports of the capacitors failing and allowing heat buildup, including two reports of the cover forcibly ejecting off the inverter units. No injuries have been reported.

This recall was conducted voluntarily by the company under CPSC’s Fast Track Recall process. Fast Track recalls are initiated by firms, who commit to work with CPSC to quickly announce the recall and remedy to protect consumers.

About U.S. CPSC:The U.S. Consumer Product Safety Commission is charged with protecting the public from unreasonable risks of injury or death associated with the use of thousands of types of consumer products under the agency’s jurisdiction.  Deaths, injuries, and property damage from consumer product incidents cost the nation more than $1 trillion annually. CPSC is committed to protecting consumers and families from products that pose a fire, electrical, chemical or mechanical hazard. CPSC’s work to ensure the safety of consumer products – such as toys, cribs, power tools, cigarette lighters and household chemicals – contributed to a decline in the rate of deaths and injuries associated with consumer products over the past 40 years.

Federal law bars any person from selling products subject to a publicly-announced voluntary recall by a manufacturer or a mandatory recall ordered by the Commission.

For more lifesaving information, follow us on Facebook, Instagram @USCPSC and Twitter @USCPSC or sign up to receive our e-mail alerts. To report a dangerous product or a product-related injury go online to www.SaferProducts.gov or call CPSC’s Hotline at 800-638-2772 or teletypewriter at 301-595-7054 for the hearing impaired.