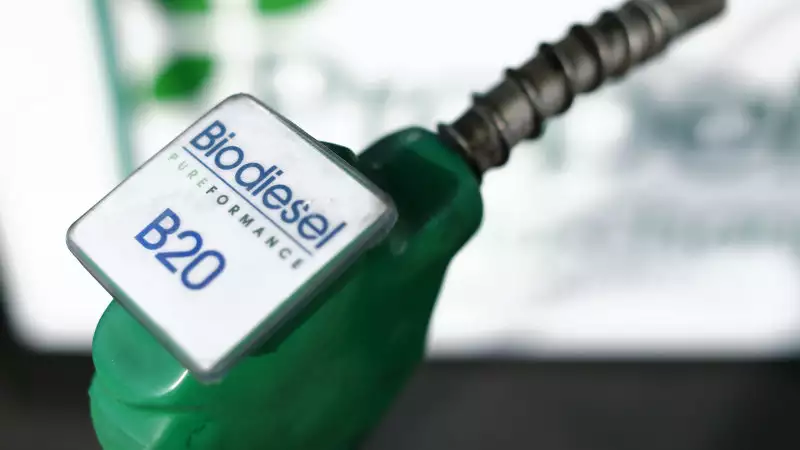 Diesel, India’s most used fuel, is made from crude oil, for which the nation is 85 per cent dependent on imports. Imports can be reduced if a portion of diesel extracted from fossil oil is supplemented by an equally combustible diesel.

New Delhi: India on Tuesday began experimenting with doping diesel with a small portion of biodiesel extracted from leftover cooking oil in kitchens to cut reliance on imports as well as reducing carbon emissions.

Diesel, India’s most used fuel, is made from crude oil, for which the nation is 85 per cent dependent on imports. Imports can be reduced if a portion of diesel extracted from fossil oil is supplemented by an equally combustible diesel.

To start with, 7 per cent biodiesel extracted from UCO is being doped in diesel and the supply of such fuel was started on Tuesday.

“There is a potential to generate 222 crore litres of UCO annually but no structure exists for collection of waste cooking oil,” he said.

To encourage this, the oil companies floated an expression of interest (EoI) seeking biodiesel made from UCO, offering a fixed price for five years and a guaranteed offtake for 10 years.

“So far, IOC has also issued 23 LOIs for biodiesel plants with a total capacity of 22.95 crore litres. Under this initiative, IOC has received 51 kilolitres of UCO-Biodiesel at its Tikrikalan terminal in Delhi as of March 31,” the company said in a statement.

Speaking on the occasion, Pradhan said, “This is a landmark in India’s pursuance of biofuels and will have a positive impact on the environment. This initiative will garner substantial economic benefits for the nation by shoring up indigenous Biodiesel supply, reducing import dependence, and generating rural employment”.

Oil Secretary Tarun Kapoor said with this flag off, a new era of Bioenergy has been ushered in that will revolutionise the Indian petroleum sector.

“Feedstock availability in Biodiesel is a challenge, and leveraging UCO can be a major breakthrough that will enable us to reach the target of 5 per cent biodiesel blending. It will also help divert the unhealthy used oil from the food chain to a more productive purpose,” he said.

Vaidya said the initiative will retrieve the unhealthy used cooking oil. “We aspire to trace even the last drop of UCO and ensure its conversion to biodiesel, thereby contributing to a more energy secure, greener and healthier India.”

Biodiesel is an alternative fuel similar to conventional or ‘fossil’ diesel. It can be produced from vegetable oil, animal fats, tallow and waste cooking oil. A significant advantage of Biodiesel is its carbon-neutrality, i.e. the oilseed absorbs the same amount of CO2 as is released when the fuel is combusted in a vehicle. Also, Biodiesel is rapidly biodegradable and completely non-toxic.