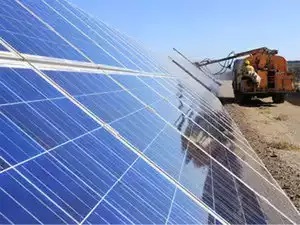 Dispute resolution panel for renewable energy projects to give decisions in 3 weeks: MNRE 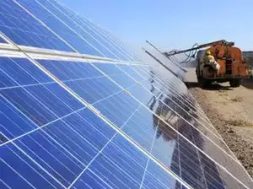 Dispute resolution panel for renewable energy projects to give decisions in 3 weeks: MNRE

The committee will hear all such cases of solar/wind projects being implemented through SECI as well as NTPC.

New Delhi: The government will by next week make functional a resolution committee which would settle disputes of solar and wind energy projects beyond contractual agreements within 21 days, a senior official said.

In June this year, the Ministry of New and Renewable Energy (MNRE) had issued an ordered for setting up a Dispute Resolution Mechanism (DRM) to consider unforeseen disputes between solar or wind power developers and Solar Energy Corporation of India (SECI) and state-run power giant NTPC beyond contractual agreements.

The committee will hear all such cases of solar/wind projects being implemented through SECI as well as NTPC.

“The MNRE has issued guidelines for making DRM functional later this week. We are expecting that to be functional by next week. It has already received over a dozen application,” a senior official said.

“The DRM cannot function without guidelines issued by the ministry. Besides, the MNRE has also amended the order for setting up of DRM to facilitate developers,” the official added.

The renewable energy industry has been demanding setting up of a mechanism by MNRE to resolve expeditiously unforeseen disputes that may arise beyond the scope of contractual agreements between solar/wind power developers and SECI or NTPC.

This assumes significance in view India’s ambitious target of having 175 GW of renewable energy by 2022 which includes 100 GW of solar and 60 GW of wind energy.

Commenting on this development, Power and New & Renewable Energy Minister R K Singh told , “A neutral and fair Dispute Resolution Mechanism is one of the most important steps for ensuring ease of doing business. We have set up a transparent Dispute Resolution Mechanism in renewable energy sector. This will increase pace of installation of renewable energy capacity in our country.”

Under MNRE’s guidelines, SECI and NTPC have been mandated to provide a secretariat for DRC.

SECI and NTPC will make available one officer each, not below the rank of general manager, who shall function as the secretary of the DRC.

The DRC shall meet at least once every week, provided there are cases or applications pending before it for resolution.

The secretary would ensure that the meetings of DRC are convened in a manner and frequency that can ensure adherence to 21 days period kept for decision on a case.

In cases where the DRC is unable to give decision within the time frame of 21 days, the secretary shall inform MNRE in this regard and the ministry may provide an additional 14 days within which the DRC will have to take a decision.