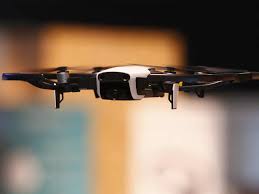 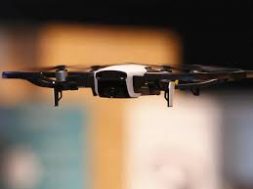 New Delhi : After traditional sectors, India now wants to become self-reliant in drones, robotics and electric vehicle equipment. As part of the exercise, the Department for Promotion for Industry and Internal Trade (DPIIT) has identified certain ‘focus sectors’ to reduce imports and ramp up domestic production. Officials said industry has been asked to lead the exercise.

Among the total 25 focus sectors that the department has zeroed in on, a few sectors will be identified as ‘priority’ with potential for import substitution and boosting exports, and DPIIT would also look at any overlaps with similar initiatives of other ministries.

“There are 10-15 industries and the focus sectors have been derived from those. We are talking to industry on how to make production bases for them in the country,” said an official.

Ceramics and glass, ethanol, ready to eat food, aluminium, gym equipment, toys and sporting goods are the other sectors where India wants to increase its manufacturing and reduce imports. India imports most of these goods from China and the push to reduce dependence on China became aggressive following its recent hostile political and military conduct.

India’s exports to China in the first quarter of FY21 rose 33.17% on year even as the country’s total outbound shipments declined 36.67% in the period.

A plan to set up toy labs, a national toy fair and innovative Indian-themed toys is already in the works along with a quality control order for imported toys from September 1 to ensure that only products conforming to standards enter the country.

“We are in talks with experts and the private sector, and committees including inter-ministerial ones will be set up going ahead. Private sector has been asked to take lead in this,” said another official.

The government had initially identified 12 industrial sectors to focus upon including furniture-standard as well as special furniture, air-conditioners, leather, footwear, agrochemicals, but similar sectors were added to help set up an ecosystem to scale up investment, according to the second official.

0
0   0
previous Tata Motors, Hyundai to supply Nexon and Kona EVs for government use
next Hyundai, Tata Motors to supply 250 electric vehicles to EESL