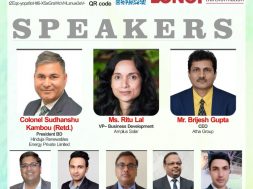 Dubai took another step toward completing what it says will be the largest solar park of its kind, inaugurating a 200-megawatt facility with partners Electricite de France SA and Abu Dhabi-based renewables company Masdar.

The third and latest phase of Mohammed bin Rashid Al Maktoum Solar Park will help Dubai toward its goal of generating about 10 percent of its electricity from renewables by 2020. The Gulf Arab city-state is already operating the first two phases of the project in the emirate’s desert and has broken ground on a fourth section.

Like several of its neighbors, Dubai relies on fossil fuels, including imported natural gas, to generate electricity, and it’s developing solar energy and other renewables to diversify supply. Dubai is the second-largest sheikhdom in the United Arab Emirates, a member of the Organization of Petroleum Exporting Countries. Saudi Arabia, OPEC’s biggest producer, is pushing into renewables, as is Jordan and the U.A.E. emirate of Abu Dhabi.

Financing Arranged
The third phase will add a total of 800 megawatts of generating capacity upon its completion by 2020, Saeed Mohammed Al Tayer, chief executive officer of Dubai Electricity and Water Authority, the government-owned utility.

The 800-megawatt expansion will cost about $900 million, and EDF and Masdar have arranged $650 million of conventional and Islamic loans to finance it, Fawaz Al-Muharrami, the project’s executive managing director, said at the ceremony. EDF is also pursuing renewables projects with Masdar in Saudi Arabia and elsewhere in the Gulf, as well as outside the region, said Jean-Bernard Levy, the French company’s CEO.

The Dubai solar park, to be fully built by 2030, will spread across 214 square kilometers of desert and generate 5,000 megawatts from the sun — the biggest facility of its type, according to DEWA. Saudi Arabia-based developer ACWA Power last year started a 200-megawatt plant at the site and is a partner in the park’s fourth phase.

DEWA plans to seek bids for an additional 300 megawatts at the solar facility this year or early in 2019, Al Tayer, the utility’s CEO, said.