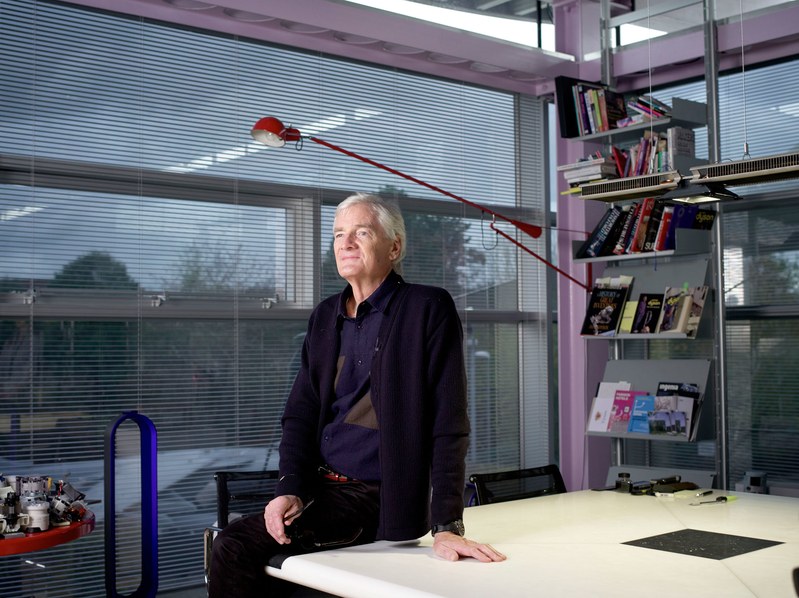 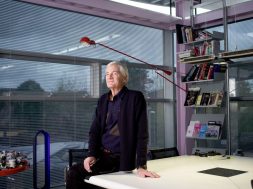 IN THE 18 months since announcing its intention to build an electric car, Dyson has been quieter than a Cyclone V10 vacuum about the vehicle’s looks, cost, or performance specs. But three newly released patent applications offer an early glimpse at how Dyson is designing its vehicles and where it plans to diverge from mainstream automotive manufacturing.

For its $2.7 billion move from the house into the garage, Dyson has built a team of more than 500 people and set up a testing complex near Bristol in the UK, with climatic chambers and a rolling road (essentially a big treadmill). It’s gearing up to build a new auto factory in Singapore, with plans to launch the car in 2021. The company has extensive experience with electric motors and batteries, and a history of transforming everyday appliances—vacuums, hand dryers, fans—into machines worthy of fetishization.

The trio of patent applications, which became public this month, 18 months after Dyson filed them with the US Patent Office, are odd in that they describe some general properties of the embryonic car, rather than any specific inventions. They argue that the design differs from electrics being made today, because it’s not adapted from a vehicle created for an internal combustion engine. That’s an easy claim to refute—just look at the bevy of battery-powered SUVs built on all-new platforms, including Tesla’s Model X, Audi’s E-tron, Jaguar’s I-Pace, and more. (Dyson shared the patent applications, but declined to answer any questions about them.)

An image from one of Dyson’s patent applications, showing a side view of its envisioned car. DYSON

Whatever the merit of the proposed patents, they offer insight into how Dyson expects to pull off another transformation of a well-known product. But engineering experts who reviewed the patent applications say that while they certainly include some unconventional thinking, they leave doubt as to how much the British company can really change the automotive game.

Without revealing exactly what its car will look like, Dyson highlights a few key features. The vehicle will be relatively large, about the size of Audi’s E-tron, though with a wheelbase up to 16 inches longer than that SUV, expanding the size of the passenger compartment. It will have unusually large wheels, high ground clearance, and a steeply sloped windshield.

Big, skinny wheels—they’ll reach up to 55 percent of the vehicle’s height, Dyson claims—make sense for an electric car, says Craig Hoff, dean of the College of Engineering at Kettering University. With less rubber touching the road, there’s less rolling resistance and more energy efficiency—key in a vehicle trying to eke every inch of range out of its battery. Plus, car buyers tend to like the look of big wheels. The trade-off is that handling can suffer. “You need to have rubber in contact with the road in order to make it go right and left,” Hoff says. You also have to spend more energy accelerating to overcome the added inertia of the physically larger wheels, but not so much, Dyson argues, to negate the benefit of the drop in rolling resistance.

The Dyson car will put more space between its underside and the ground, about 10 inches compared with 8 inches for the E-tron. That contradicts conventional thinking around aerodynamics, which favors keeping air out from under the car, where it causes drag, Hoff says. That’s why race cars sit so low and use things like air splitters to push air up and over them. But complex fluid dynamics indicate that more ground clearance can actually help aerodynamics, Hoff says, provided the underside of the car forms a smooth plane. That shouldn’t be a problem in a vehicle where the floor is a slab-like battery. And it can deliver other benefits, putting the driver higher for improved visibility, and reducing the pain of driving on rough terrain or potholed streets.

To balance the increased ride height, Dyson’s patent applications say the car will have a relatively low roof, with a windshield angled between 25 and 30 degrees. (Fully upright would be 90 degrees.) That calls for a reclined driver’s seat, more like what you see in a sedan than in the typical SUV. Dyson’s designers will minimize the size of the car’s front, so as little of it as possible hits the air head on. (Think the opposite of a Hummer.) All together, this vehicle sounds like a less extreme version of the solar car designed by University of Michigan students, says Anna Stefanopoulou, an engineer who runs that school’s Energy Institute. That makes sense; both vehicles are designed to prioritize energy efficiency. Just don’t expect a Dyson driver to be so reclined; she’ll have to drive using a camera feed of her surroundings.

Just how much any of this will boost the Dyson car’s range or performance, though, is hard to gauge. “I don’t know how much they’re going to gain,” Stefanopoulou says. She admires the dedication to fresh thinking, but that may not be enough to create a new kind of ride. One reason so many cars today look the same is that everyone must build to meet the same crash standards, at least in Europe and the US. How Dyson builds its batteries and motors will have just as much of an effect on how the car performs, if not more, as anything laid out in the patent applications.

The patents do show, though, that it’s hard to come up with a truly original idea. That sloping windshield is reminiscent of the Chevy Lumina minivan of the early 1990s, which Hoff compares to a dustbuster. Which means that Dyson might be just the outfit to give it a new look.