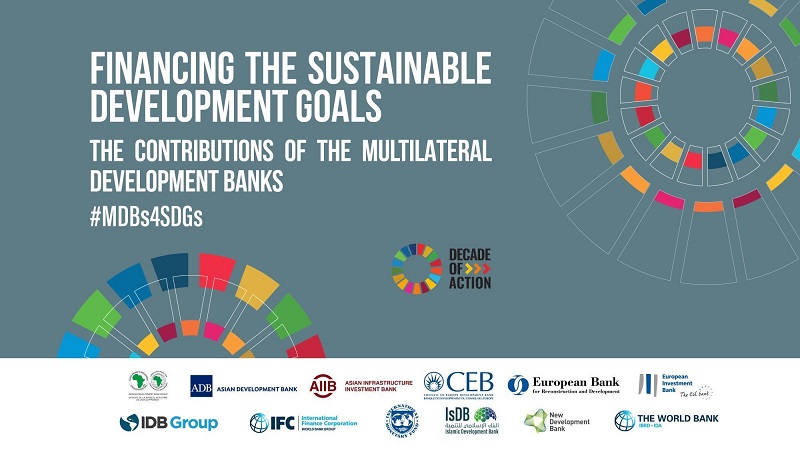 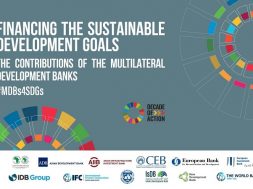 The EIB joined a group of 11 multilateral development banks (MDBs) and the International Monetary Fund (IMF) today in launching a first-ever joint report on financing the Sustainable Development Goals (SDGs).

The report is released at the end of a critical year, in which the COVID-19 pandemic threatens to reverse progress on the SDGs. In response, MDBs have collectively mobilized a global response package of $230 billion between 2020 and 2021 to reduce the impact of the pandemic, of which $75 billion will be directed to the world’s poorest countries before the end of 2020.

“The COVID-19 pandemic has reinforced the relevance of the 17 SDGs as a road map for inclusive, sustainable, green, and resilient recovery. In responding to the crisis, countries and their development partners have an opportunity to refocus on the SDGs,” the joint report says.

EIB President Werner Hoyer said: “The COVID-19 pandemic has exposed the divisions, inequalities and the vulnerabilities that exist in our societies and across the globe when it comes to accessing healthcare and treatment, sanitation, digital connectivity and responding to climate change. The pandemic has derailed our efforts in meeting many SDGs. We must come back stronger and faster, working closely with our partners in national governments and with our fellow Multilateral Development Banks to make sure that SDG contributions are part of the recovery.”

The joint report highlights collective and individual MDBs efforts to support countries to achieve all 17 of the SDGs. It showcases examples of how their financing directly contributes to advancing SDGs that empower people, protect the planet, foster prosperity for all and develop sustainable quality infrastructure. The report also emphasizes the critical importance of MDBs partnerships to deliver financing, knowledge and capacity building support for the SDGs.

The EIB, after consultations with fellow MDBs and IFIs, has been developing a new mapping methodology for measuring and reporting on its SDG contributions. The approach enables the EIB to give a comprehensive account of its contribution to each of the SDGs, in financial terms as well as in terms of physical project outputs and outcomes. It also allows the bank to take into account a range of interactions and interlinkages amongst SDGs. This methodology is also meant to help the development of a principles-based, joint MDB approach to SDG reporting and underlies EIB’s contribution to this first joint report.

The report presents some of the EIB’s initiatives contributing to the SDGs, such as the EIB’s Group increased climate ambition, the SheInvest initiative to boost gender equality and women economic empowerment in Africa, the Clean Oceans Initiative launched jointly with AFD and KfW to prevent oceans pollution, as well as the EIB’s Climate Awareness Bonds and Sustainability Awareness Bonds. It also mentions some of the projects supported by the EIB such as the EU Malaria Fund, the Lower Usuthu Smalholder Irrigation Project in Eswatini and KULIMA promoting sustainable farming programme in Malawi.

The report concludes that MDBs must continue their efforts to invest in people and human capital, with a deeper focus on inclusion. They will step up their efforts to protect the planet, and promote green development and ambitious climate action reflecting the goals of the Paris Agreement on Climate Change. They must also work to strengthen resilience to shocks and stresses, in order to preserve prosperity and continue to promote sustainable infrastructure, including to foster digitization to support innovation and sustainability. They will continue to deepen their partnerships for the goals, including through knowledge sharing and common reporting on the SDGs.

“The MDBs are committed to working alongside all partner countries to help them emerge from this unprecedented crisis better positioned to achieve the SDGs.”