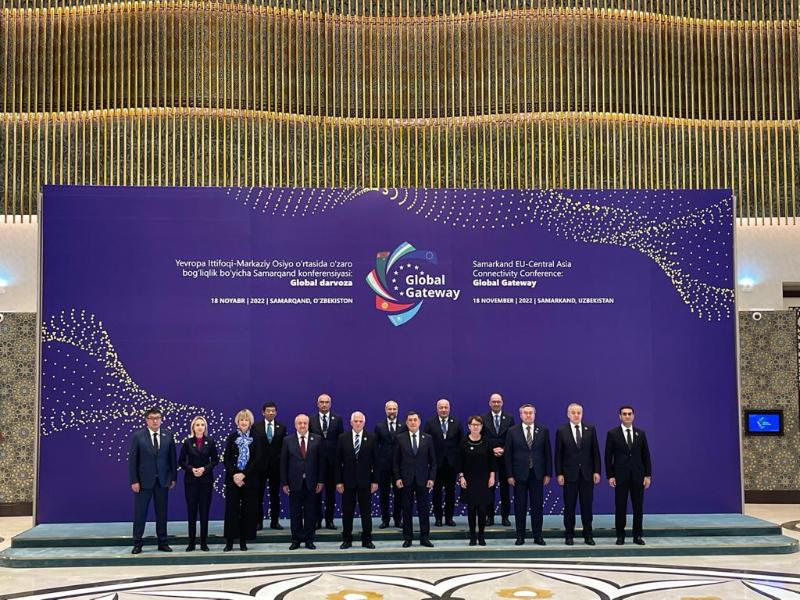 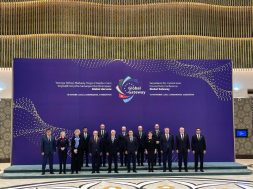 As part of EU-led efforts to support Central Asia mitigate the socio-economic impact of the COVID-19 pandemic and Russian aggression in Ukraine, the European Investment Bank took part in the EU-Central Asia Connectivity Conference in Samarkand, Uzbekistan. EIB Vice President Teresa Czerwinska, represented the Bank at the Conference with a key note address at the opening.

Mrs. Czerwinska announced Bank`s ambitious plans to step up activities in the region, and finance renewable energy, transport, and digital connectivity projects as well as provide valuable advisory and technical assistance in preparation of projects.

The conference was organized by the European High Representative for Foreign Affairs and Security Policy/Vice-President of the European Commission Joseph Borrell, and the President of Uzbekistan Shavkat Mirziyoyev.

Speaking at the conference VP Czerwinska said: “The European Investment Bank, the bank of the European Union, is ready to do its part and support this vision of cooperation between Europe and Central Asia. The EU Strategy on Central Asia is a good starting point. It offers a format for cooperation on the sustainable and climate-considerate development between Central Asia, EU Member States, different donors, and international financial institutions. To facilitate this development, EIB – as the largest multilateral bank in the world and the largest multilateral financier of climate action – can offer both finances and technical know-how.”

As a sign of its commitment to step up activities in Central Asia, the EIB is also planning to open a regional representative office in Central Asia. EIB regional representation will allow better coordination on projects and technical assistance activities between the Team Europe partners, Central Asian governments and international development community such as EIB`s long-standing partners: the World Bank or Asian Development Bank.

The one-day conference brought together leaders of the five Central Asian countries: Kazakhstan, Kyrgyzstan, Tajikistan, Turkmenistan, Uzbekistan, the European Union and Team Europe, including EIB, to discuss ways how to boost investments, digitise the economy, facilitate trade within and beyond the region, and diversify transport routes. Priority will be on transport, energy and digital connectivity projects in the region.

The European Union (EU) and the EIB have been actively supporting Central Asia’s transition towards a sustainable, climate-neutral and inclusive growth based on democracy and the rule of law. Given the common history and challenges faced by the region’s economies as well as their developing links, closely co-ordinated regional responses will bring additional value.