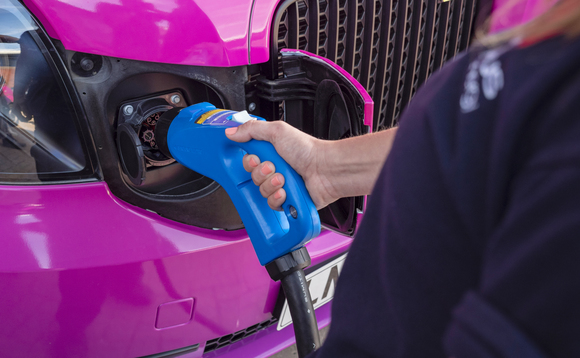 Twenty-two retail outlets across 19 cities are now EV ready in terms of infrastructure, as well as sales and after-sales support
With the launch of I-Pace, customers would be able to charge their vehicles using Tata Power’s 200 plus charging stations across the country

Tata Motors is all set to challenge Tesla before the latter begins manufacturing in India. The company’s Jaguar Land Rover India on Wednesday said it has set up charging infrastructure across 22 retail outlets in the country as it prepares to launch its all-electric SUV, Jaguar I-PACE, later this month.

Twenty-two retail outlets across 19 cities are now EV ready in terms of infrastructure, as well as sales and after-sales support, the company said in a statement, reported news agency PTI.

The charging infrastructure has been set up in metro cities and key urban hubs across the country, it added.

“Electric vehicles will not just be a new mobility solution, but owning one will also be a new ownership experience. We recognise this and have worked relentlessly with our retailers to ensure that owning an EV is truly a hassle-free experience for our customers,” Jaguar Land Rover India President and Managing Director Rohit Suri said, according to PTI.

Currently, over 35 EV chargers have been installed at retailer facilities across the country and more are underway, the automaker said.

Besides, the I-Pace customers would be able to charge their vehicles using Tata Power’s 200 plus charging stations across the country, it added.

These charging points are located at convenient locations like malls, restaurants, offices, residential complexes and along the highways.

These charging options are in addition to the home charging solutions that will be provided as standard with the Jaguar I-PACE by way of a domestic charging cable and a 7.4 kW AC wall-mounted charger, the automaker noted.

‘Meanwhile, earlier, billionaire Elon Musk’s Tesla registered a company in India in a step towards entering the country, possibly as soon as mid-2021. Sources familiar with the matter have said Tesla plans to start by importing and selling its Model 3 electric sedan in India.’

The automaker has picked Karnataka for its first plant, Chief Minster B. S. Yediyurappa had announced weeks earlier. It has been negotiating with local officials for six months and is actively considering car assembly in the suburbs of Bangalore, people familiar with the matter said.

In the latest developmIndia is ready to offer incentives to ensure Tesla Inc’s cost of production would be less than in China if the carmaker commits to making its electric vehicles in the south Asian country, transport minister Nitin Gadkari told Reuters.