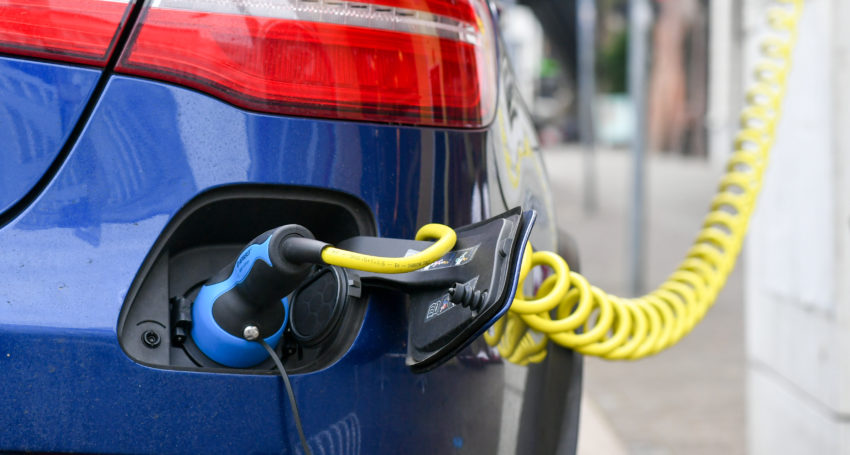 The State Government should not only dump its planned tax on electric vehicles, it should encourage their use and capitalise on the wider benefits, argues Craig Wilkins.

When it comes to own goals, the State Government’s pursuit of a special road user charge on electric vehicles is a spectacular one.

Not only is it totally contrary to the approach taken by almost every other country on the planet, but because we were the first jurisdiction in the world to announce we would do it, SA has attracted global headlines for all the wrong reasons. This is very embarrassing for a state whose clean energy leadership is usually lauded internationally.

There are many reasons why putting an extra tax on electric vehicles is desperately poor public policy.

First and foremost, it makes them more expensive.

A new annual charge of hundreds of dollars at time of registration is a massive disincentive for car buyers and sends the message that the government does not support electric vehicles.

EVs already struggle in the Australian market due to a higher upfront cost than equivalent petrol models.

Most countries, especially in Europe, slash charges like stamp duty to reduce this cost gap.

Drivers in the UK can choose today from well over 100 different electric car and van options. In Australia, we have just 12.

Kicking off this cycle is the reason other governments choose to invest in subsidising EV uptake, not putting fresh charges on top.

A road user charge also works against all the other benefits of EVs.

Powering our vehicles with electricity also reduces our vulnerable reliance on imported oil.

Meanwhile, with one of the dirtiest and least efficient vehicle fleets in the world, transport contributes the largest – and also the fastest growing – share of our state’s greenhouse gas pollution. If electric vehicles are charged up by household solar, they have no pollution from the fuel they use.

Treasurer Rob Lucas argues that electric vehicles don’t pay for road upkeep, unlike the purchase of petrol which contains a big whack of fuel excise, and this will only get worse over time.

Better to get in now, he says, while there aren’t many EV owners to complain.

This argument is pure political spin.

The reality is there is absolutely no relationship whatsoever between the amount of money the Commonwealth Government earns from fuel excise, and the amount local and state governments spend on roads. The feds make road spending decisions based on politics and need, not by how much they have earnt from petrol sales at any given time.

Saying there is a link between fuel excise and road funding is like saying there is a link between tobacco taxes and how much is spent on treatment for lung cancer. The Government could choose to cope with a decline in the amount earnt through fuel excise as people start switching to EVs in the same way it copes with the long-term decline in tobacco tax revenue as people stop smoking. It doesn’t mean less is spent on chest clinics and other lung health services.

But to understand how truly self-defeating a road user charge aimed squarely at the cleanest end of the vehicle market is for our state, we need to look at our history.

Over the last 15 years South Australia has undergone a remarkable transformation from coal and gas to renewables. We now rank second in the world, behind only Denmark, for the highest penetration of wind and solar in our grid and are on track to be powered 100% from renewable energy in as little as six years.

But despite these impressive strides, we haven’t been as good at maximising flow-on benefits to our economy and employment from local manufacturing.

We missed the boat entirely with wind – virtually all components were initially imported. When solar started to grow we did a little better with some local assembly. By the time batteries came along we got smarter again, insisting on more localisation with South Australian factories for Sonnen and Alpha ESS. Each stage we have moved a little higher up the value chain, and with it more jobs and local expertise.

The next step along our clean energy transition journey is the integration of household and business energy with transport.

On the back of projects like the world’s biggest virtual power plant which Tesla kicked off here in 2020, we need to position ourselves as a transport-energy integration innovation hub.

That needs innovators and disrupters like Tesla to base themselves in our state.

But we aren’t the only place trying to attract these companies. So the last thing we should be doing is putting up red flags like the road user charge that are guaranteed to put them off.

The charge for the charge is being led by SA, Vic and NSW. But those other states are much bigger and more attractive markets.

By working lock-step with them we are foolishly choosing to run with the pack, where we are always going to be considered the runt of the litter.

Our success in the past has come instead by forging ahead and seizing first mover advantage.

South Australia is standing at the threshold of an exciting economic mix of smart manufacturing, software integration, mobile grid solutions and downstream recycling and repurposing of car and household batteries.

This is worth far more to us than a little road funding.

Alongside this opportunity, we also face a significant looming problem. SA is experiencing its first taste of ‘minimum demand’, a scenario in which there is too much generation and not enough consumption to keep the grid stable (for example, the middle of the day on a sunny but mild weekend).

The current ‘solution’ is to curtail solar power systems i.e. switch them off. If this were to happen only rarely, no problem. As more and more solar is connected, though, it will become more frequent. The proposed interconnector is meant to solve this problem. However, as other states also expand the amount of solar on their grids, we are only kicking the can along the road.

It’s actually a difficult problem to solve. What we need is a significant, controllable and flexible demand load to balance out the system – which is exactly what electric vehicles could deliver. We need more of them on the road and quickly, with incentives in place to charge at times of minimum demand.

Kicking off a road user charge is actually good public policy. But only when it is aimed at recouping costs from those vehicles which cause the most harm, not the least. That’s why countries like NZ deliberately exclude electric vehicles from the charge.

The sooner the Marshall Government realises the enormous benefit that will come from aggressively championing electric transport and abandon their short-sighted EV tax, the better.