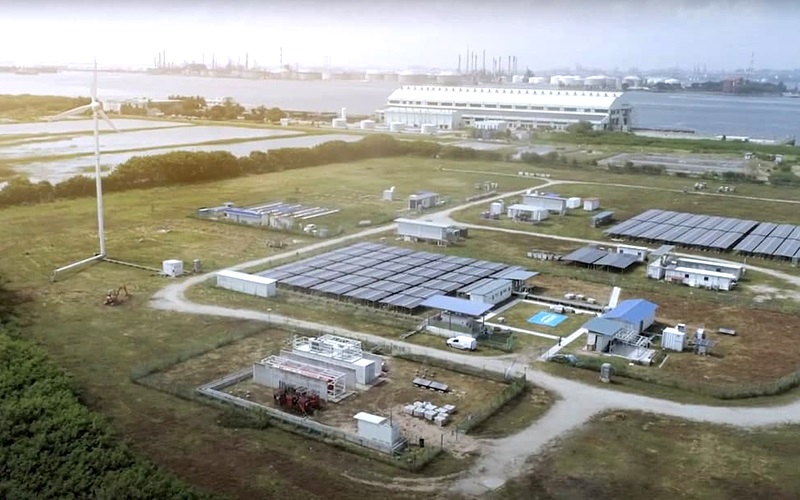 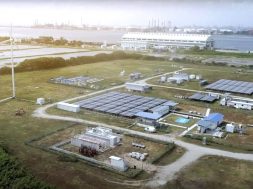 Paris – Milan: ENGIE EPS announces to have successfully completed the Site Acceptance Test of the hydrogen-based energy storage system on Semakau Landfill, Singapore.
The Semakau project has been developed in a multifluid microgrid under the frame of the program Renewable Energy Integration Demonstrator – Singapore (REIDS-SPORE) by ENGIE Lab Singapore and Nanyang Technological University (NTU) consisting in the largest hybrid microgrid test and research platform built in a tropical area.

“The energy storage system installed in Semakau is only the latest successful application of ENGIE EPS’ hydrogen proprietary technology. This represents another example of the enormous potential of our solutions, which after 15 years of experience in hydrogen systems can be applied all over the world, also in a tropical environment” commented Carlalberto Guglielminotti, ENGIE EPS’ CEO and General Manager, “We are proud to contribute with our patented hydrogen-based technology to the REIDS project, accelerating the transition towards a green economy throughout Southeast Asia”..

The REIDS-SPORE microgrid, for which ENGIE EPS has supplied the Hydrogen “Power-to-Power” system, aims to demonstrate the benefits of microgrids, testing the integration of solar, wind, thermal, storage and power-to-gas technologies to verify that different renewable energy sources can operate well together, as well as to provide a testing and training platform for low carbon technologies related to energy.

ENGIE EPS’ equipment consists of a Hydrogen Power-to-Power system, based on proprietary technology, composed by an electrolyser system, converting water and electricity into hydrogen (Power-to-Gas), a fuel cell system converting hydrogen back to electricity (Gas-to-Power) and hydrogen and oxygen storage of approximately 2 MWh.