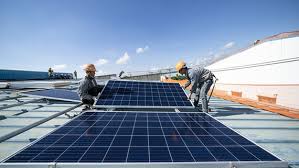 According to the notice of Vietnam Electricity (EVN), the electricity companies under EVN will stop buying rooftop solar power and handling requirements for connection and signing power purchase and sale contracts from the solar power systems after December 31, 2020 until competent authorities’ further guidance.

Accordingly, EVN will not record the electricity generated on the grid and shall not buy electricity from these projects without a new decision from the Government. According to EVN, the Prime Minister’s Decision No.13/2020 / QD-TTg dated on April 6, 2020 on the mechanism of encouraging development of solar power in Vietnam will expire after December 31, 2020; however, the Prime Minister’s new decision and guidance for the next implementation of the policy have not been issued.

The Electricity and Renewable Energy Authority is coordinating with consulting units to study the models, scale and corresponding electricity purchase and sale prices for each type of rooftop solar power. It is expected that the agency will report to the Ministry of Industry and Trade to consider and submit to the Prime Minister in the first quarter of 2021 on policies to encourage rooftop solar power for the next period.