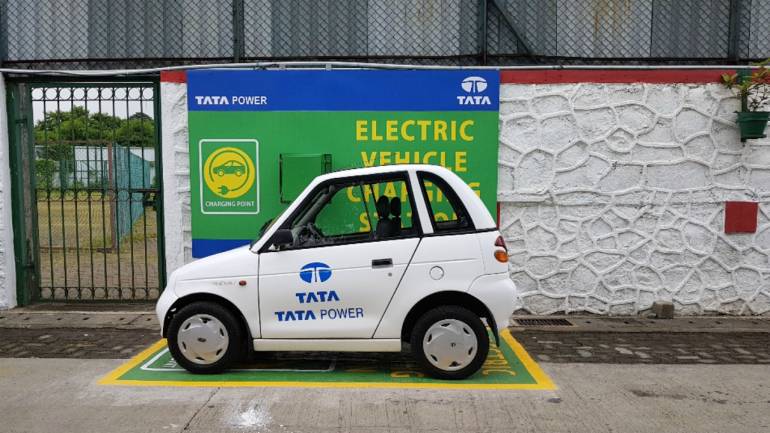 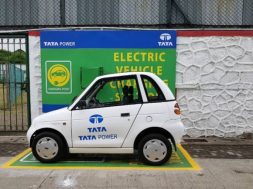 The government has taken cognisance of the plaint that the lack of indigenous manufacturing of components has led to higher cost of ownership, pushing electric vehicles “beyond the purchase preference of potential buyers”

The World Bank has committed to provide India funds worth $300 million to aid its energy efficiency programme, sources told Moneycontrol. The move will help the government set up the requisite infrastructure to push forward its ambition of expanding electric mobility in the country.

In a meeting held in December 2018, the Ministry of New and Renewable Energy (MNRE) informed the Committee of Secretaries that the World Bank would route the aid to India through Energy Efficiency Services Ltd (EESL), a government-owned public sector unit, people aware of the development said.

EESL did not respond to Moneycontrol’s request for comment at the time of publishing. The story will be updated as and when a response is received.

The proposal was announced at a meeting attended by officials including cabinet secretary PK Sinha, NITI Aayog CEO Amitabh Kant, Secretary of the Ministry of Environment, Forest and Climate Change CK Mishra, and the Secretary the of Department of Heavy Industries AR Singh, among others.

The aid received from the World Bank will supplement the funds that the Centre proposes to raise by levying a one-time fee from conventional fuel based vehicle buyers in a bid to provide financial assistance to the e-mobility programme.

“The MNRE proposed during the meeting to charge a nominal (one-time) fee of around Rs 500 from two-wheeler buyers, Rs 1,000 from three-wheeler buyers and Rs 12,000 from four-wheeler buyers, to generate an extra-budgetary fund of Rs 7,500 crore per annum,” a source said.

Apart from this, the meeting of Committee of Secretaries also decided to slash the existing tax rate on the raw material required for the manufacture of electric vehicles.

“The Department of Revenue (Finance Ministry) has been asked to consider lowering the tax rate and duties on raw material required for manufacturing of electric vehicles,” said another source aware of the matter.

Moneycontrol had earlier reported that the Ministry of Road Transport and Highways had proposed to lower the cess on hybrid cars in a bid to promote the sale of fuel-efficient cars. According to the minutes of a previous inter-ministerial meeting, the transport ministry had proposed to reduce cess on plug-in hybrid electric vehicles (PHEV) to 25 percent, taking the effective tax rate (inclusive of GST) to 35 percent.

The move would help to build a “positive environment” for electric vehicles, the minutes read.

At present, hybrid cars are taxed at 43 percent (including cess) as compared to electric cars that are taxed at 12 percent. Incumbent internal combustion engine (ICE) vehicles also come under the 43 percent tax bracket. High taxation rates were seen as a big deterrent in the field of hybrid cars, which were being taxed at 30.3 percent before GST was implemented.

India plans to convert approximately 30 to 40 percent of its vehicular count into electric by 2030.

The minutes of the meeting show that the Committee has agreed to adopt a three-pronged approach to “drive demand for EVs, increase supply volumes and create a positive ecosystem for EVs”.

“In its last meeting, the Committee also decided to focus on indigenous manufacturing of electric vehicles. It will lay the impetus on sourcing developing an indigenous supply chain that includes giga-factories and also facilities where lithium-ion batteries can be recycled,” sources said.

The term ‘gigafactory’ was first coined by EV pioneer Elon Musk, who owns Tesla, the world’s biggest carmaker which has a portfolio of only EVs. ‘Gigafactory,’ a term popularised by Musk, refers to a huge battery manufacturing centre where the Li-ion batteries that go under the hoods of EVs are crafted.

The PMO first mooted the idea of manufacturing EVs domestically, so that they would be outside the ambit of import duties, thereby, significantly lowering their price tags. The Centre noted that the need of the hour was to reduce the cost of EVs, rather than “simply provide subsidies to manufacturers”.

While all of this is being planned for the passenger segment, the Committee decided to promote electric buses through operating expenditure (OPEX) model. “The leasing of electric buses should be done on OPEX model only in public-private partnership. There was also a proposal of implying accelerated depreciation on EVs,” sources said.

The OPEX model uses operating expenditures as a parameter to decide on the payment mechanism. Sources said that government has decided to give subsidies to electric buses under the OPEX model. It is expected to spread the cash payout over a period of time, thereby avoiding a situation where large sums of money would be offloaded to e-bus owners upfront.

India has seen a major shift towards electric vehicles over the last few years. Policy makers have shown strong intent in formulating various policies to push electric mobility in the country.