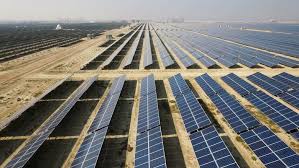 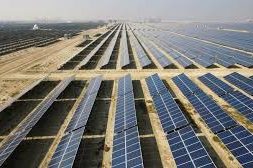 As activity in Libya’s hydrocarbon sector resumes, read more on how Africa’s largest potential producer is harnessing its singular frontier potential to attract major operators and grow power generation, in a series of articles from the Africa Energy Series Special Report: Libya 2020.

Libya is seeking to rehabilitate its power sector through increased engagement with private sector players and proactive development of its wind and solar resources.

Libya currently experiences electricity shortages and a substantial power deficit, due to damage of its power plants and infrastructure since 2014. Current production is estimated at 5,000 MW, while the power deficit stands at almost 2,500 MW per day, causing most Libyans to rely on private generators. As a result, foreign direct investment is needed in the sector to repair and replace damaged facilities, with the total value of contracts for power projects estimated at five billion dollars.

In a bid to expand installed capacity, the General Electricity Company of Libya (GECOL) has outlined ambitious development plans over the next decade, including the construction of a major combined-cycle gas turbine power plant in Benghazi, which could have a generation capacity of up to 1.5 GW. An additional 6,075 MW of new capacity has been planned for 2021–2030, including facilities in Sebha, Derna, Tripoli, Khoms, Tobruk and Benghazi. GECOL has forecast peak load to rise to 14,834 MW by 2025 and 21,669 MW by 2030.

To develop its infrastructure plans, the government has made a strong push to engage private sector players. In September 2019, General Electric signed a Memorandum of Understanding (MoU) with Libya to increase generation capacity by 6,000 MW over the next five years. Specifically, the U.S. power generation company has committed to developing power transportation projects, implementing new production capacities in the field of electric power and establishing renewable energy projects, specifically in wind and solar.

As recently as July 2020, Italian multinational Eni met with Libya’s National Oil Corporation to address plans for the country’s power sector. In line with an MoU signed between GECOL and the NOC, Eni is providing capacity building and technical support to define the code regulation of the national electrical power network and improve its operability, as well as supplying critical spare parts. The company is also conducting studies for the development of a new gas power plant and supporting the start-up of renewable pilot projects throughout the country.

In addition to foreign direct investment, several reforms are required for Libya to be able to provide adequate, reliable and sustainable electricity to its population. In the short term, the sector is in need of investment to enable the completion of stalled power station projects, in conjunction with the purchase of electricity from neighboring countries.

Egypt has stated its aim to increase electrical interconnections with its North African neighbors to 2,000 MW in 2020, after exporting approximately $62.5 million worth of electricity to Jordan and Libya combined in the fiscal year 2018-2019. As of March 2019, Algeria is also preparing to export electricity to Libya through Tunisia.

In the medium-term, the sector necessitates a restructuring through a review of current legislation and regulations. This includes the division of management and operation of transport and distribution services between public and private sectors, with private sector participation encouraged through competitive bidding processes for the country’s most bankable power projects.

Lastly, a digital transformation of electricity services is required for the creation of a more energy and cost-efficient system. This includes the levy of taxes on the import and purchase of non-energy-saving means, the application of international standards across electricity and energy sectors, and further development of wind, solar and natural gas resources. 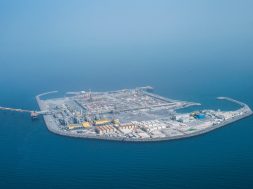