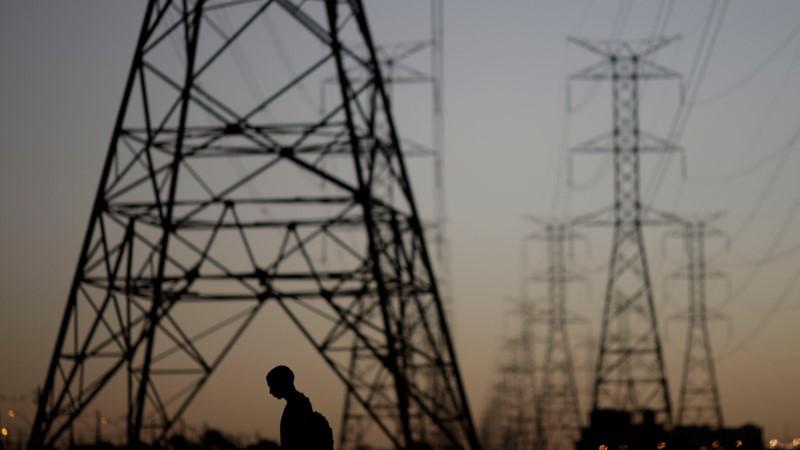 Greenko’s ‘BB’ rating is underpinned by the business and financial profiles of the group’s portfolio of renewable power assets, which have 5.1GW of capacity in operation, including 873.5 MW of assets, which are in process of being acquired from ORIX Corporation (A-/Negative). The rating is also supported by Greenko’s strong access to funding and liquidity support due to strong shareholders, which include GIC, Singapore’s sovereign wealth fund; Abu Dhabi Investment Authority (ADIA); and the recently added ORIX, a Japanese finance and leasing company. GIC, in particular, has provided consistent equity support for Greenko’s investments.

The US dollar notes are rated at the same level as Greenko’s IDR. The bond ratings also reflect at least average recovery prospects, which indirectly benefits from the rupee-denominated notes’ first charge on most of the assets of the RGs.

Consolidated Credit Assessment: Fitch takes a consolidated view of the Greenko group, driven by observed fungibility of cash within the group. Greenko has been able to access RG-level cash via transfer of debt-free operational assets, which have limited restrictions under the RG bond covenants. This mitigates holding company’s cash flow subordination, in our view.

Limited Subordination: The US dollar notes’ indentures restrict the outflow of cash, if such outflow leads to higher leverage or reduces the RGs’ debt-servicing capability beyond the covenant levels. However, strong free cash generation by the RG assets and ability to add assets without any debt have allowed Greenko to access RG-level cash.

Continuing Support from GIC: Greenko’s rating is supported by consistent financial support and strategic appraisal from GIC, which owns a 56% stake after the completion of investment by ORIX and holds five of the 12 board seats. GIC and ADIA are committed to invest another USD750 million in Greenko, in proportion of their shareholding, to support Greenko’s acquisitions and expansion into renewable-energy storage.

GIC is also involved in the group’s strategy, including investment plans and oversight of operations, and continues to strengthen the company’s risk management practices. Greenko has demonstrated a record of deleveraging at the portfolio level by retaining cash from operating assets to reduce associated borrowings or buy more assets with little to no additional debt.

The group’s consolidated net leverage will remain at around 6.0x. Greenko has started the construction of the storage projects, but we expect them to start to add to EBITDA only in the financial year ending March 2024 (FY24). However, the projects are adequately equity-financed and do not require debt servicing during construction.

Adequately Equity-Funded Storage Projects: Greenko plans to build integrated renewable-energy projects, combining pumped storage with solar and wind projects. It has two such projects in its pipeline, with combined capacity of 2.4GW. The required investment of USD2 billion is supported by equity commitment (25% of the project value) from shareholders. The execution risks are manageable due to moderate technological intensity and management’s strong expertise and record in developing renewable assets, particularly hydro projects.

Greenko has 5.1GW of operational capacity, including Orix portfolio of 873.5 MW, with a weighted-average age of four years. The power projects’ diversity by type – wind (62%), solar (27%) and hydro (11%) – and geography mitigate risks from adverse climatic conditions. Off-takers are diversified by state utilities (62%), sovereign-owned entities (19%) and direct customers (9%). Greenko’s solar and hydro assets performed in line with our estimates in 1HFY21, but wind-based generation suffered due to a weaker wind season.

The weak credit profiles of Indian state utilities, Greenko’s key customers, are a rating constraint. The group’s receivable days are expected to rise to around 300 days in FY21 (FY20: 210 days), as the utilities have further delayed payments during the Covid-19 pandemic. However, we expect receivable days to decrease to around 220 in FY22 as the disbursements from the central government’s INR1.2 trillion liquidity support package gathers pace.

Exposure to Andhra Pradesh Utilities: The group has some concentration in its exposure to state utilities, with Andhra Pradesh accounting for 25% of offtake by capacity. Delays in receipts from state utilities put pressure on working capital. We expect most of Greenko’s storage capacity to be contracted with sovereign-owned entities, which should reduce counterparty risk.

Foreign-exchange risk arises as the earnings of Greenko’s assets are in Indian rupees, while the notes are denominated in US dollars. The group’s policy requires Greenko to substantially hedge the principal of its US dollar notes over the tenor of the bonds. The coupons are usually hedged till the no-call period and are rolled over thereafter, based on market dynamics

ReNew RG II (senior secured notes rated BB) is an RG with total capacity of 636MW across 11 renewable projects in India and no construction risk. ReNew RG II’s fuel mix is better than that of Greenko, with 56% of capacity from solar and the rest from wind. ReNew RG II has a tighter transaction structure and slightly better average credit metrics over the life of its bond. Greenko’s credit assessment at the same level benefits from its solid financial access. Greenko’s shareholders, in addition to contributing equity, have introduced stronger risk-management practices, including a commitment to deleveraging.

ReNew Power Private Limited (BB-/Stable) has stronger counterparty exposure than Greenko, with about 43% of capacity contracted with sovereign-owned entities. ReNew’s fuel mix is also better, with almost half of its capacity from solar resources. Greenko’s better credit assessment than ReNew is supported by its stronger financial access, which enables the company to rely on fresh equity for investments and acquisitions, while utilising cash generated from operations to deleverage.

Concord New Energy Group Limited (CNE, BB-/Negative) has an attributable wind capacity of 2,277MW across multiple projects in China. CNE’s feed-in tariffs are stable and its counterparty risk is significantly lower than that of Greenko, as its revenue stream is mostly reliant on State Grid Corporation of China (A+/Stable) and China’s Renewable Energy Subsidy Fund.

In comparison, Greenko has a larger size – allowing for diversity and granularity across multiple projects – and a better fuel mix. Greenko has higher counterparty risk, with exposure to weak Indian state-owned distribution companies, but CNE also suffers from delayed subsidy collections. CNE’s funding relies on asset sales, while Greenko benefits from stronger financial access. Combined, Greenko’s underlying credit profile is at least a notch better than that of CNE, in our view.

KEY ASSUMPTIONS Fitch’s Key Assumptions Within Our Rating Case for the Issuer:

– Capex on storage projects to continue with the first project starting operation in FY24. Total outlay of INR78 billion for each project, with EBITDA accretion of around INR11 billion.

– Plant load factors to fall by 1.2pp in FY21 due to weak performance of wind assets; and expected to recover by 1.5pp in FY22. Full acquisition of a 1,200MW hydro-power project to be pushed to FY23

– EBITDA margin to stay at above 80% for next two years, before declining to around 60% as the storage projects start operations.

– Cash accruals from operations to be used to deleverage, with growth financed by external funds supported by adequate equity.

Factors that could, individually or collectively, lead to positive rating action/upgrade:

– A sustained improvement in leverage, as measured by net debt/EBITDA, to below 4.5x, provided there are no adverse changes to the shareholding of Greenko or an increase in risk appetite.

Factors that could, individually or collectively, lead to negative rating action/downgrade:

– Any shareholder changes that adversely affect the company’s risk profile, including its liquidity and refinancing, risk-management policies or growth risk appetite

– Significant adverse developments related to storage projects, which may include rising construction risk or changes diluting the economics of the investments

– Prolonged deterioration of the receivables position

– Operating EBITDA/net interest expense at below 1.8x for a sustained period

Sufficient Liquidity: Greenko had a cash balance of USD497 million at end-1HFY21, against current debt maturities of USD107 million, including working capital loans of USD48 million. We expect Greenko to generate negative free cash flows in the medium term, due to its high capex and pay-outs for the Teesta project acquisition, which will be funded by mix of additional debt and equity. However, Greenko benefits from committed equity investments and solid financial access supported by its strong shareholders.

The principal sources of information used in the analysis are described in the Applicable Criteria.

PUBLIC RATINGS WITH CREDIT LINKAGE TO OTHER RATINGS

US-dollar bonds issued by GSM, GIL and GBV are rated based on the consolidated profile of Greenko.

Unless otherwise disclosed in this section, the highest level of ESG credit relevance is a score of ‘3’. This means ESG issues are credit-neutral or have only a minimal credit impact on the entity, either due to their nature or the way in which they are being managed by the entity.