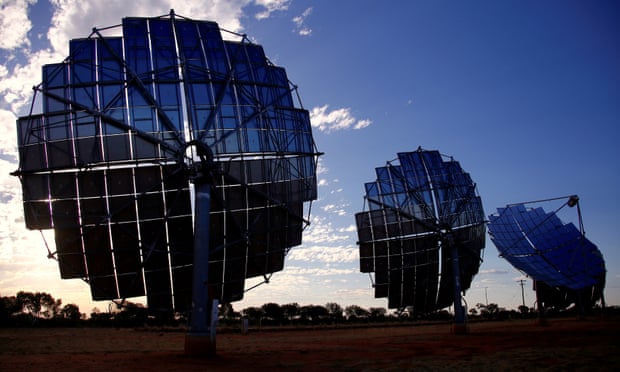 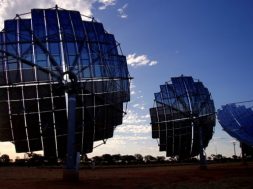 Energy storage and transmission must be rapidly updated to meet emissions targets through uptake of renewables, group says

A statement issued by more than 40 experts, following a three-day symposium at the Australian National University, says renewable energy is now central to efforts to mitigate climate change, and the energy sector has been deploying solar and wind power at “unprecedented” rates.

“But there are emerging bottlenecks, and the present market settings do not deliver for consumers,” the joint statement says.

One of the signatories is Andrew Blakers, professor of engineering at the Australian National University, who recently published upbeat research saying Australia would meet its economy-wide Paris targets five years ahead of schedule if politics did not derail the current pace of renewables uptake.

The Blakers research said government subsidies for solar and wind were no longer required for the target to be met, but it would be valuable for governments to facilitate new private investment in storage and new transmission lines.

A number of energy experts objected to the Blakers study, which appeared out of step with government figures pointing to a trend of rising emissions following the repeal of the carbon price in 2013, and also to the subsequent media reporting of the findings which did not include qualifications from the author.

A colleague of Blakers at ANU, Frank Jotzo, noted that after the Blakers study was published it was “a very big assumption that renewables deployment would continue at present rates, and all it is is a straight-line extrapolation from one year’s renewables deployment”.

Jotzo is also a signatory to the new statement, which says policy action will be required to meet the Paris target.

The Morrison government regularly says Australia will meet its Paris targets “in a canter”, but the emissions reports released quarterly say greenhouse gas emissions are rising. Emissions have been falling in electricity because of the closure of ageing coal plants and a higher proportion of low emissions generation, but rising in other sectors.

On current trajectories, Australia’s emissions will reach 563m tonnes of carbon dioxide equivalent by 2030, which would equal a 7% cut on 2005 emissions levels. Australia’s target is for a 26%-28% reduction on 2005 levels. Officials on Monday told a Senate estimates hearing 2018 emissions levels reached 534m tonnes.

During the estimates hearing on Monday, the Coalition senator Simon Birmingham, the minister at the table, signalled the government would have more to say on climate change in the coming weeks.

“We indeed are continually working, as the prime minister has publicly acknowledged, within government on further policy settings that will help to ensure we meet the same trajectory in relation to our 2030 commitments,” Birmingham said.

The government has signalled it will top up the emissions reduction fund, which is a vestige of the government’s Direct Action scheme, and there is an internal push to increase funding for the Clean Energy Finance Corporation and the Australian Renewable Energy Agency, as well as a package for households.