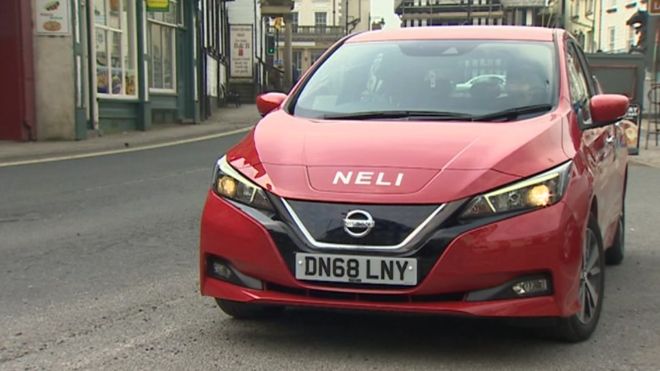 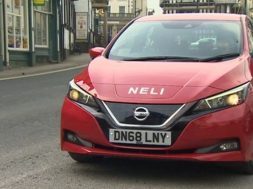 They will not be made by Ford in Bridgend – but electric cars could help Wales become a world leader in green travel, an expert has said.

Dr Neil Lewis, of social enterprise Carmarthenshire Energy, urged the Welsh Government to make their use compulsory for public bodies. However, he said greener vehicles could not have supported the case for an M4 relief road or saved Ford Bridgend. The Welsh Government is spending £2m on electric car charging points.

Dr Lewis called First Minister Mark Drakeford’s decision to scrap the £1.6bn M4 relief road partly because of pollution as “courageous”. But he said it must now herald a “huge turning point” where Wales leads the UK on green travel, as it has done on recycling waste.

“There will be an inevitable push towards electrification – but currently only about 1% of cars are plug-ins,” Dr Lewis said. He also said it was “far-fetched” that the lack of emissions from electric vehicles “allows us to build a concrete and tarmac road through a habitat”.

“It shouldn’t be justification for a huge structure through the [Gwent] levels,” he said. Dr Lewis said issues turning the A465 Heads of the Valleys road into a dual carriageway show the green light for the M4 relief road would have been the start of problems. He called it “environmental Armageddon”, with construction firms having difficulty building around the cave structures and forests near Clydach Gorge.

Widening of the 30-mile stretch between Abergavenny and Hirwaun will cost an extra £54m with the December 2019 completion date set to be missed. For Dr Lewis, the answer does not lie in building more motorways to facilitate a rise in cars on the road but changing our relationship with them. He sees electric cars forming the future basis of city living – with shared ownership and people calling one up on an app in a similar way to ordering an Uber.

Community schemes have already started emerging in rural areas of Gwynedd and Denbighshire where public transport is poor.

Ogmore AM Huw Irranca-Davies and Welsh Secretary Alun Cairns had both suggested a move to make electric cars could have saved Ford’s Bridgend plant.

But Dr Lewis said this was never going to happen despite it technically possible for the country to move totally to that form of transport in the next few years.

He named one motoring giant which had been inundated with requests but was lowering production despite having a two-year waiting list.

“Electric cars don’t make as much,” he said, referring to income for the wider motor industry.

“For diesel and petrol cars, about 50% of the money you make is garages repairing them.

“But with electric cars, all you have to look at are new tyres, windscreen wipers and maybe brakes from lack of use.”

The UK government has vowed to stop the production of petrol and diesel carsby 2040.

Dr Lewis believes the date will be pushed back further, although he claimed it could be done by 2030.

He wants to see Wales take a lead – a move that could eventually fill the gap left by companies such as Ford pulling out of Bridgend.

“The technology is ready to go,” he said.

“The bottom line is electric vehicles are far more efficient. It will happen.

“These are issues of air quality and climate change – why doesn’t the Welsh Government embrace the opportunities?”

Dr Lewis wants ministers to invest in technology, develop manufacturing and form a company to increase use.

One way of doing this would be to make it compulsory for public bodies – such as councils, health services and schools – to switch to electric vehicles.

Dr Lewis added: “By setting targets, they are sending a clear message.

“I don’t know why councils are getting away with breaking air quality regulations on emissions.

“I want the Welsh Government to show leadership. It’s the right decision [scrapping the M4 relief road] but needs to be moved forward. It could be a huge turning point.”

Assembly members have already declared a “climate emergency” with the government promising action on the environment.

“This investment supports a network of over 600 public charging points already in Wales.”