New Delhi: French energy firm Engie SA, one of the largest foreign investors in India’s solar power space, has mandated Rothschild to find a buyer for picking up a significant stake in its Indian solar business.

Engie’s move comes at a time when financing at the lowest cost has become key to success, given the record low tariffs. India had achieved solar power tariffs of ₹2.44 per unit in May 2017. Earlier this month, it again touched ₹2.44 per unit in an auction conducted by state-run Solar Energy Corp. of India.

“Engie confirms the appointment of Rothschild in the search for a potential partner for long-term growth in the solar business,” said Malcolm Wrigley, country manager, India for Engie, in an emailed response. However, an external spokesperson for Rothschild said: “We do not comment on market speculations.” “The precise form of the transaction is not fixed, except that we are not seeking to sell a majority. So, it is not possible to place a value. A broad field of potential partners are being considered, and the key criteria is long-term commitment to the market and growth.”

This assumes greater significance, given that the Directorate General of Trade Remedies (DGTR) on Monday recommended levying a safeguard duty for two years on solar cells and modules imported from China and Malaysia. Such a duty may impact tariffs for the ongoing solar bids.

Engie plans to set up two gigawatts (GW) capacity in India by 2019 and has an 810 megawatt (MW) solar portfolio through its subsidiary Solairedirect. It also has a wind power generation capacity of 80 MW. Mint had reported on 19 March about Engie’s plans to sell a stake in Solairedirect, which has been actively bidding for projects in India.

“Engie is looking at growth capital,” said the head of a solar power firm aware of the company’s plans, requesting anonymity.

The Indian clean energy space has witnessed increased consolidation in recent times. Last month, Finland’s state-controlled power utility Fortum Oyj had signed an agreement to sell a 54% stake of its solar power unit in India to UK Climate Investments (40%) and Elite Alfred Berg (14%). Greenko had also agreed to buy Orange Renewable from Singapore’s AT Capital Group at an enterprise value of $1 billion.

Subhash Chandra’s Essel Infraprojects Ltd has mandated Investec to find a buyer for its solar business, while diversified conglomerate Shapoorji Pallonji Group is in talks to sell a stake in its solar power project portfolio.

With a presence in around 70 countries, Engie owns power, gas and energy services businesses. It has been active in India for the past 20 years. After selling its Meenakshi Energy coal-fired thermal plant in Andhra Pradesh in November 2016 to India Power Corp. Ltd, Engie had sought to exit all coal-fired projects. It has been actively eyeing the Indian clean energy space since then. 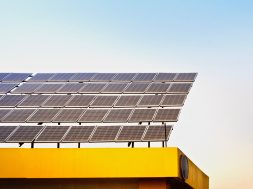