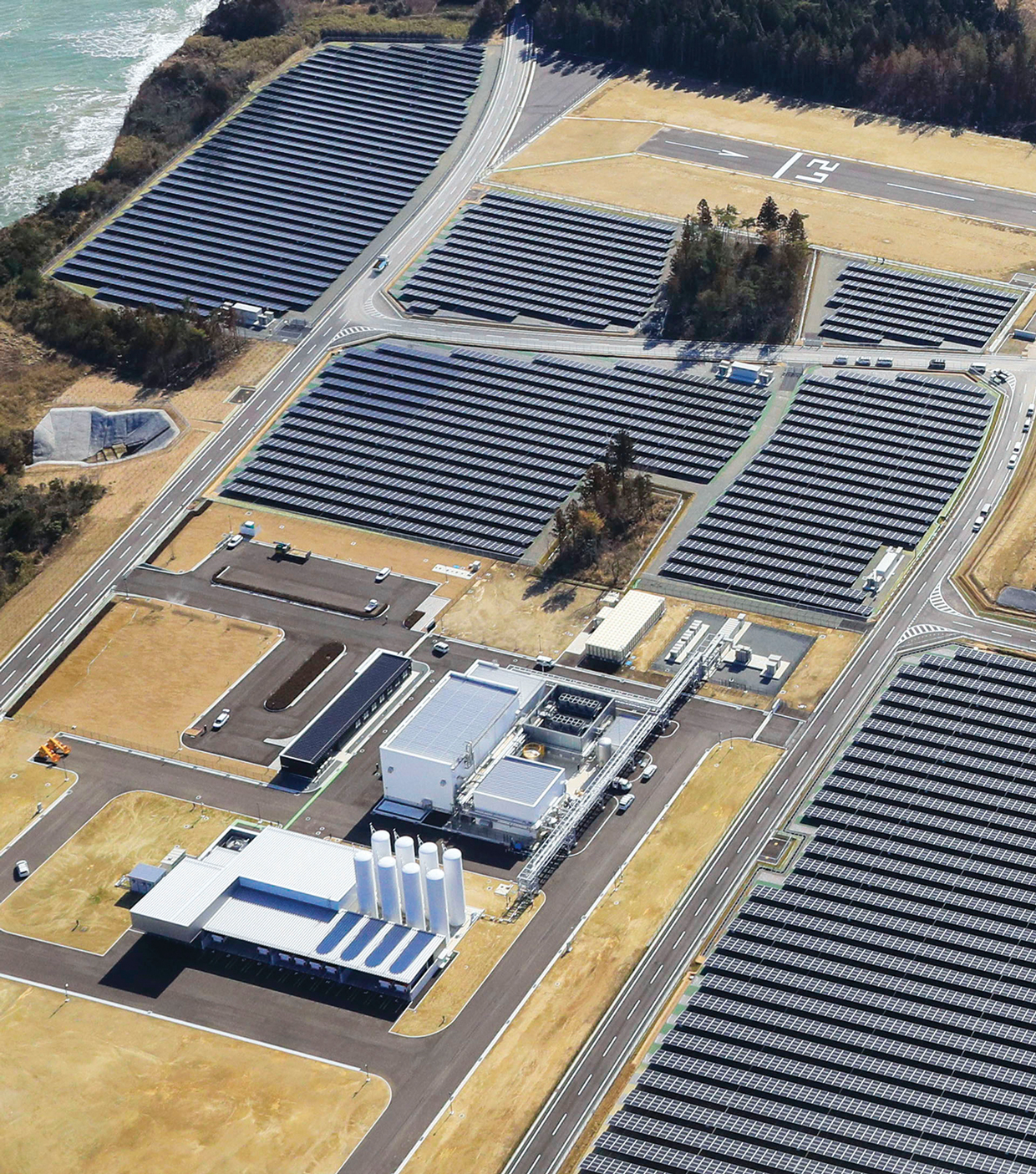 When the tsunami generated by the Great East Japan Earthquake struck the Fukushima Daiichi Nuclear Power Plant on 11 March 2011, it not only knocked out the plant but eventually led to the shutdown of all the country’s 54 nuclear reactors as a safety precaution.

Ten years on, just nine reactors have come back on line. And while nuclear energy in Japan today is anything but dead (the central government now hopes nuclear could provide 20 percent of the nation’s power by 2030), the prospect of a ­zero-carbon future in Japan still leaves the lion’s share to renewables.

The government has directed its decontamination efforts to reducing an individual’s radiation dose to 1 millisievert a year, a generally accepted international standard. Nevertheless, some 337 square kilometers within seven Fukushima municipalities continue to be designated “difficult-to-return zones,” while a critical Greenpeace radiation survey report published in 2019 warned that forests in the region, which have never been decontaminated, “will continue to be long-term sources of recontamination.”

FREA’s mandate is to work with industry and academia to improve photovoltaic and wind-turbine performance, optimize ground-source heat pumps and geothermal resources, and develop technologies for hydrogen-energy carriers and hydrogen-energy systems.

“Fukushima prefectural government has set a target of producing all of ­Fukushima’s energy demands from renewable sources by 2040,” says Nakaiwa. To do this, the government is working with FREA, industry, and universities to help commercialize research in renewable technologies and increase the use of solar, biomass, and wind generation in the prefecture.

Hydrogen is also viewed as an important new energy resource. The prefecture is now home to the Fukushima Hydrogen Energy Research Field, the world’s largest green-hydrogen production facility, capable of supplying 1,200 cubic meters of hydrogen an hour. This new focus is in keeping with past and recent central government announcements on hydrogen and the goal to make Japan carbon neutral by 2050.

Achieving the 2050 target won’t be easy. Whereas nuclear accounted for 30 percent of the country’s energy use before the accident, today it provides just 6 percent. Making up the shortfall, Japan now relies more on coal (25 percent), natural gas (23 percent), and oil (39 percent), with renewables and hydro accounting for the rest, as of April 2018.

To encourage industry to work toward carbon neutrality, the government will provide capital investment, tax relief, and deregulation in areas such as wind power; carbon capture, utilization, and storage; and the mass production of storage batteries.

At the end of 2018, some 55 gigawatts of solar power equipment had been installed around Japan, putting the country on track to surpass the government’s target of 64 GW by 2030. Regarding wind power, however, Japan had only 3.6 GW of equipment installed in 2018, hence Japan’s Ministry of Economy, Trade and Industry noted it as technology to invest in.

More notable is the country’s embrace of hydrogen as a versatile energy-storage medium. Hydrogen can be produced from various kinds of natural resources, in particular the water used for electrolysis, which removes carbon dioxide, says Satoshi Hirano, FREA’s deputy director-general.

And hydrogen can be compressed, stored, transported, and converted into electricity or heat when needed, without emitting CO2.

Hydrogen’s major downside is the high cost of production. Hence FREA and other national research institutes are developing efficient, low-cost hydrogen-production technologies powered by renewable energies, says Manabu Ihara, director of the Tokyo Tech Academy of Energy and Informatics at the Tokyo Institute of Technology.

FREA has already demonstrated a green-hydrogen supply chain and a hydrogen cofiring generator system, as well as the successful synthesis of ammonia (NH3) from green hydrogen, and its use to fuel a modified micro gas-turbine generator.

Other countries are also developing green-hydrogen projects. China has a major project underway in Inner Mongolia slated to produce 454,000 metric tons annually; the European Union estimates spending €430 billion (about US $520 billion) over the next 10 years on hydrogen technologies, while South Korea is aiming to become a leader in developing clean hydrogen.

Meanwhile, Japan is creating international supply chains for shipping green hydrogen and “blue” hydrogen (using carbon capture and storage) to the country, and has established pilot projects in Brunei and Australia to test the feasibility of the scheme.

These overseas and domestic sources of clean hydrogen fueling large-scale modified gas turbines will eventually take on the role of supplying base load power to the electric grid that can replace nuclear power, says Ihara, of the Tokyo Institute of Technology.

“And we should see this partly realized before 2030.”