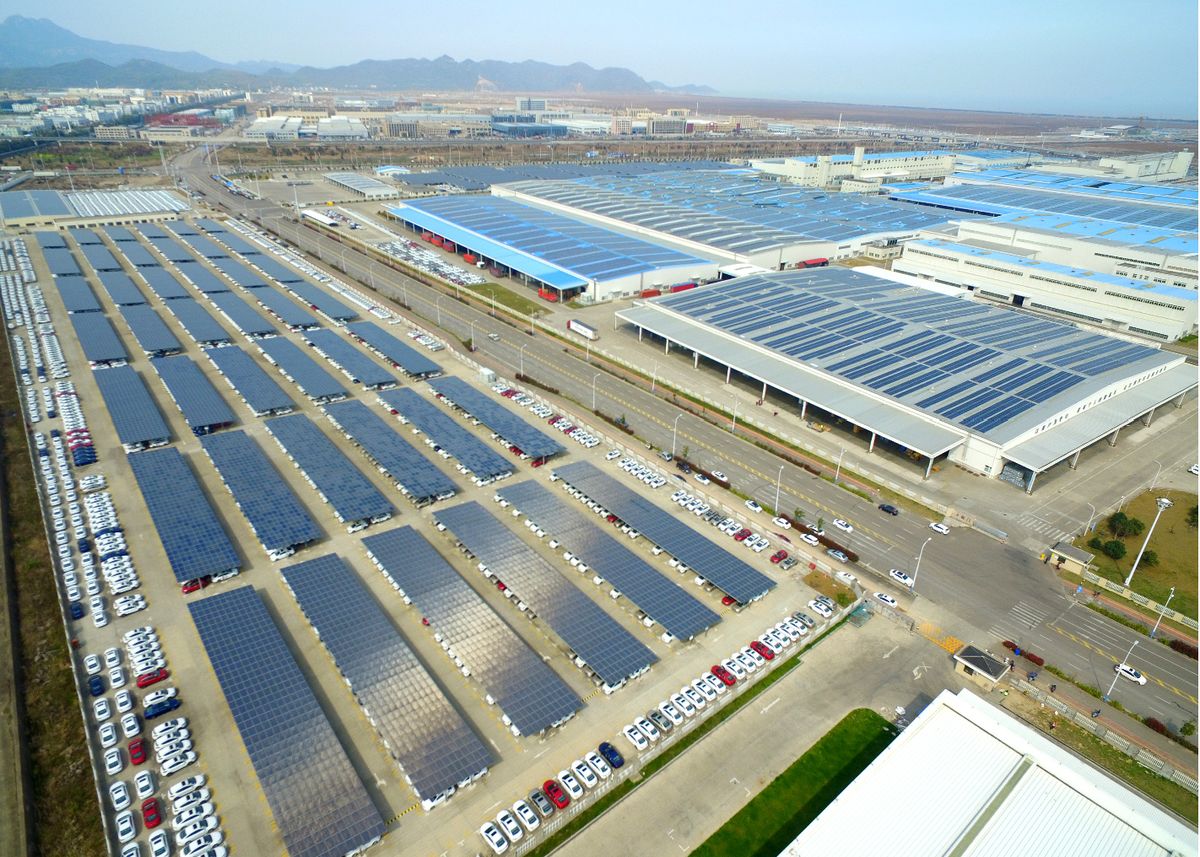 China’s biggest private carmaker Zhejiang Geely Holding Group Co. will install photovoltaic cells on the roofs of all of its factories within two years as it seeks to reduce carbon emissions 25% by 2025, according to Gong Jin, chief executive officer of Geely JoiNet Energy Co.

Geely JoiNet, the division charged with greening the automaker’s production hubs, is also preparing to start carbon trading within 12 months and may have revenue from that endeavor of around 10 million yuan ($1.6 million) a year in about three years, Gong said in an interview last week.

Among the factories that are being fitted with solar panels, one is located in the northwestern city of Xi’an and another is in the eastern city of Ningbo. The additions in those two plants will help Geely cut its carbon output by almost 60,000 tons a year in total.

“The clean energy market has explosive growth potential,” Gong said. “Many people have proposed to invest in us,” but our parent company wants us to “expand and consolidate our business first.” Geely has a sprawling empire that includes Volvo Car AB and shareholding ties with Daimler AG.

China’s pursuit of achieving carbon neutrality by 2060 is spurring companies from all sorts of industries to explore non-fossil-fuel power generation. To reach that 2060 goal, green investment in the nation needs to reach at least 2.2 trillion yuan per year in the current decade and 3.9 trillion yuan in the period from 2031 to 2060, according to estimates from Societe Generale SA.

Against that backdrop, automakers are embarking on a new chapter, investing billions of dollars in technology to reduce manufacturing emissions, which typically represent 75% to 85% of their total, according to Mi Siyi, a Beijing-based analyst with BloombergNEF.

“Curbing emissions from operations is becoming a new focus as automakers try to align with, or stay ahead, of regulatory targets,” Mi said. “Although many have announced a net-zero or carbon-neutrality target, only about half have set out interim targets indicating an actual path toward net zero. They’ll face some tough choices when it comes to investing in new vehicle technology, optimizing production processes and balancing stability and sustainability in the supply chain.”

BMW said last year it planned to have its plants in China be carbon neutral by end-2021 as part of a move to reduce overall emissions in the production chain by 80% by 2030. The forecast was part of a series of steps outlined at the company’s first Sustainability China Summit in Beijing.

Geely JoiNet, which was set up in 2019, may not start generating a profit until about seven years, Gong estimated.

Geely’s wish to create a whole ecosystem around going green, including getting into energy storage, chimes with Tesla Inc.’s vision.

CEO Elon Musk has said he wants Tesla to be a one-stop shop for clean energy, with consumers having an electric car in their driveway, solar panels on their roof and Tesla’s Powerwall home power-storage solution to bring it all together.