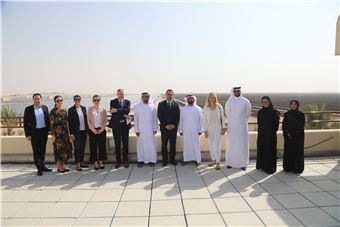 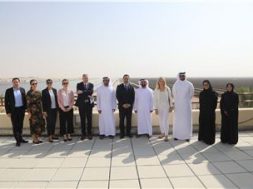 HE Saeed Mohammed Al Tayer, MD & CEO of DEWA, said such visits are important as they show DEWA’s key projects and initiatives that promote sustainable development and green economy in Dubai, and the electricity and water infrastructure that DEWA has implemented according to the highest international standards and best practices. Al Tayer pointed out that DEWA is committed to enhancing cooperation with international organisations and companies.

“Launching the Mohammed bin Rashid Al Maktoum Solar Park supports the vision of His Highness Sheikh Mohammed bin Rashid Al Maktoum, Vice President and Prime Minister of the UAE and Ruler of Dubai, to promote sustainable development and transform Dubai into a global hub for clean energy and green economy, to support the Dubai Clean Energy Strategy 2050, which aims to provide 75% of Dubai’s total power output from clean energy sources by 2050 and make Dubai the city with the lowest carbon footprint in the world. The solar park aims to reduce over 6.5 million tons of carbon dioxide emissions yearly upon completion. This supports Dubai’s objectives to promote sustainable development and a green economy,” said Al Tayer.

The solar park is the largest single-site solar project in the world and uses the Independent Power Producer (IPP) model, with a planned capacity of 5,000MW by 2030 with investments totalling AED 50 billion. The 13MW first phase of the solar park became operational in 2013 using photovoltaic (PV) solar panels. The 200MW PV second phase of the solar park was commissioned in March 2017. The second phase provides clean energy to 50,000 residences in Dubai, reducing 214,000 tonnes of carbon emissions annually. This phase installed 2.3 million PV solar panels over an area of 4.5 square kilometres. DEWA set a world record by obtaining the lowest price globally at USD 5.6 cents per kWh for the second phase of the park at the time of the tender.

DEWA is building the 800MW 3rd phase of the solar park using PV technology in three stages, in partnership with a consortium led by Abu Dhabi Future Energy Company (Masdar) and EDF Group, through its subsidiary, EDF Énergies Nouvelles. This solar plant is the first of its kind in the MENA region, with an advanced solar tracking system to increase generation efficiency by 20-30% when compared to fixed installations. DEWA achieved a world record in the cost of PV solar power for this phase of the solar park, at a Levelised Cost of Energy (LCOE) of USD 2.99 cents per kilowatt-hour, using PV solar panels. The 800MW PV third phase will be operational by 2020.

The fourth phase of the solar park is the largest single-site solar IPP project in the world that combines CSP and PV technology with a capacity of 950MW. It will use 700MW of CSP; 600MW from a parabolic basin complex and 100MW from a solar tower; and 250MW from PV solar panels. The project will feature the tallest solar tower in the world at 260 metres. It will also have the biggest global thermal storage capacity of 15 hours; allowing for energy availability around the clock. The fourth phase achieved the world’s lowest CSP LCOE of USD 7.3 cents per kWh, and the lowest LCOE for PV technology of USD 2.4 cents per kWh.

DEWA has achieved a world record by receiving the lowest bid of USD 1.6953 cents per kWh for the 900MW fifth phase of the solar park using PV solar panels, based on IPP. This phase will become operational in stages starting from Q2 of 2021 onwards.

The R&D Centre at the solar park focuses on four key operations. These include producing electricity from solar power and other clean energy technologies; the integration of smart grids; energy efficiency, and water.