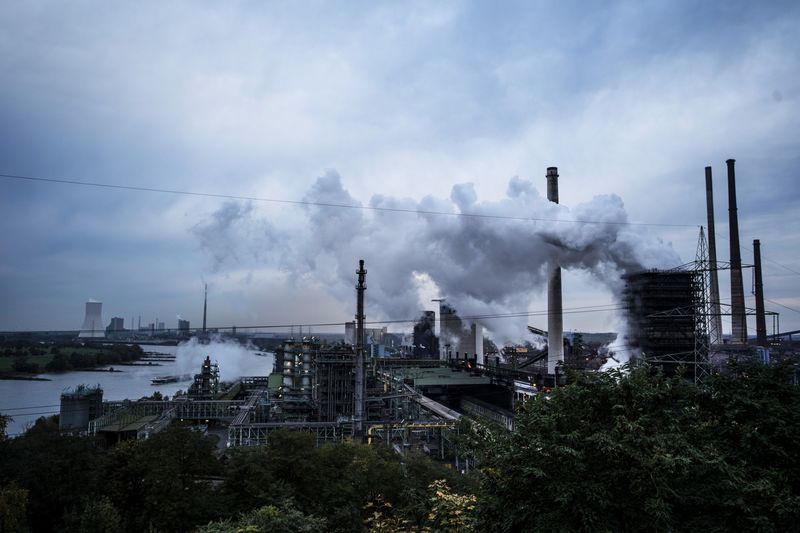 Germany plans to pull forward its transition to climate neutrality by five years to 2045, responding to a legal rebuke that its current goals violate the rights of young people and children.

The proposal also calls for Germany to reduce emissions by 2030 by 65% compared with 1990 levels, Finance Minister Olaf Scholz said Wednesday at a news conference in Berlin.

The previous goal was a 55% reduction by that time. Coalition officials are holding intensive talks to finalize the details, and the legislation should be approved in cabinet next week, he added.

To help finance the transformation, Economy Minister Peter Altmaier proposed establishing a private fund that would be able to take on debt without it showing up in the federal government’s accounts and breaching constitutional limits on borrowing.

Nine of the 10 largest economies have pledged to zero out emissions within the next few decades. Germany’s new goal would be the most ambitious timeline among large economies, according to a tracker by the Energy & Climate Intelligence Unit.

Sweden is currently the only country with a legally-binding 2045 target, while Uruguay, Finland, Iceland and Austria are considering even earlier goals.

Climate scientists caution that net-zero pledges need to be matched by emissions reductions in the short term. By that measure, Germany’s revised goal for 2030 would make it second only to the U.K.’s target of reducing carbon pollution 68% from 1990 levels by the end of the decade.

Chancellor Angela Merkel reiterated later Wednesday that the government is committed to addressing the court ruling “very quickly,” and confirmed both the 2045 goal for climate neutrality and the emissions-reduction target of 65% by 2030.

“Of course for that we’ll have to enact additional measures,” she said during a virtual conference on transatlantic relations, without providing further details.

The government’s hand was forced after Germany’s constitutional court last week ruled that it was putting future generations at risk by delaying the bulk of planned cuts in greenhouse-gas emissions to after 2030.

The ruling set off a blame game in Merkel’s coalition, with cabinet members from Merkel’s Christian Democrats and the SPD each saying the other was at fault for the debacle. 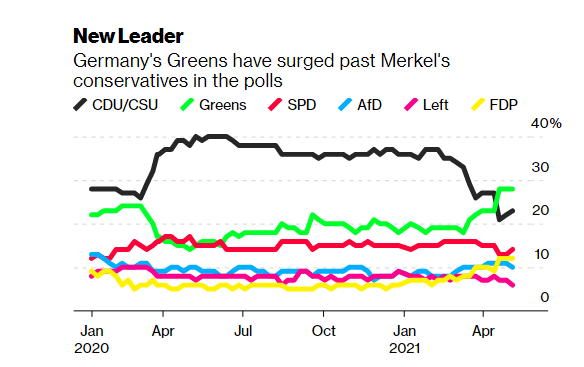 Merkel’s Christian Democratic-led bloc and the Social Democrats — the junior partner in her governing coalition — are also under pressure to boost their climate credentials ahead of elections in September.

Polls show voters are leaning toward change amid widespread concern about global warming as well as frustration with the government’s handling of the pandemic.

The Greens party has surged to front in the latest surveys and could be in position to lead Europe’s largest economy for the first time.

German Environment Minister Svenja Schulze said the country’s new legislation will also include a goal of cutting emissions by 88% by 2040.

“We are currently experiencing a bidding competition in terms of climate protection,” said Schulze, like Scholz a Social Democrat. “That is good, because we need precisely this competition for the best ideas, and the task now is to translate that into effective, purposeful government action.”

Separately, Germany’s interior ministry said that the federal government’s pension fund would be guided in future by “ethical, social and ecological criteria” and will also take into account rules enshrined in the Paris climate accord.

It will be “compatible overall with a climate scenario with global warming of 1.5 degrees Celsius (2.7 degrees Fahrenheit) and meet other climate-related goals,” the ministry said in an emailed statement.