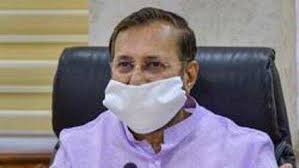 Give $1trn for green recovery: Prakash Javadekar to developed countries 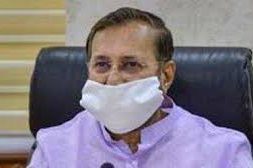 Give $1trn for green recovery: Prakash Javadekar to developed countries

The event was co-chaired by Germany and the UK, and witnessed the participation of 30 countries. The aim was to facilitate discussions among high-level government officials over measures that could pave the way for a green recovery from the current economic crisis.

Union environment minister Prakash Javadekar has called for a grant of $1 trillion to developing countries immediately for a green economic recovery in the aftermath of the Covid-19 pandemic.

He said this at the 11th session of the Petersburg Climate Dialogue on April 27 and 28. The event was co-chaired by Germany and the UK, and witnessed the participation of 30 countries. The aim was to facilitate discussions among high-level government officials over measures that could pave the way for a green recovery from the current economic crisis.

Javadekar stressed making climate technology open source, or made available at an affordable cost. “Covid-19 has taught us that we can survive on less. The world must think of adopting more sustainable consumption patterns in line with requirement of sustainable lifestyles, as was first mooted by PM Narendra Modi at the Paris Conference of Parties (2015).” He added that the world has an opportunity to accelerate renewable energy and create jobs in the sector.

India and other developing countries have been demanding action on a pre-2020 commitment of developed nations of mobilising $100 billion by this year for mitigation and adaptation. In a webinar organised by the Tata Institute of Social Sciences on April 22, Javadekar said: “In 2009, the world had agreed that developed countries will mobilise $100 billion every year for climate adaptation and mitigation. Its been 11 years and the amount is $1 trillion now. Where is the money? There is no money on the table.”

At the Petersburg Dialogue, UN secretary general Antonio Guterres said in a video message: “The Covid-19 pandemic has exposed the fragilities of our economy to shocks such as disease or climate disruption. Countries have committed to enhance their nationally determined contributions (NDCs) and longterm strategy to reach net zero carbon emissions by 2050. This commitment must be maintained. G20 countries must lead by example.”

The Petersburg Dialogue is crucial because the UN climate negotiations (COP26) to be held in Glasgow has been deferred in view of Covid-19. Countries were to submit enhanced NDCs in line with the Paris Agreement at Glasgow. Only four countries have submitted updated NDCs while 181 countries haven’t updated their NDCs. Without ambitious NDCs, the global average temperature is expected to rise by 3-5 degrees C over pre-industrial levels by the end of the century.

Most scientists and environmentalists are worried about a rebound effect of the current economic crisis with economies investing in polluting sectors to come out of the slowdown. “I am concerned about global economic crisis than I am about delaying this year’s COP. If the economy tanks, climate action may be delayed in the interest of getting people back to work. I hope we put people back to work in green energy and technology, sectors that will result in lasting change,” Rob Jackson, Professor, Stanford and Chair, Global Carbon Project, told HT in an interview earlier this month.

0
0   0
previous Renewable is as good as an IT industry for India
next SCALE-UP OF SOLAR AND WIND PUTS EXISTING COAL, GAS AT RISK