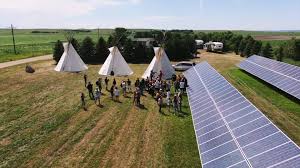 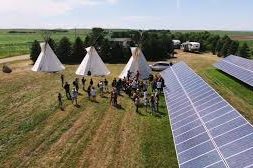 GivePower, a non-profit organization that provides solar energy and clean, affordable water to people who need it most, has deployed two of its Solar Water Farms in Mombasa, Kenya, and La Gonâve, Haiti. Powered entirely by solar energy and battery storage, GivePower’s desalination systems are housed in 20 foot shipping containers and capable of transforming 70,000 liters of brackish and/or seawater into clean, healthy drinking water every day. Unlike most ground well systems, GivePower solar water farms produce a higher quality of water over a longer period of time with virtually no negative environmental impact. GivePower partnered with World Hope International in Haiti who supported the project with a $250,000 donation as well as a variety of corporate and individual donors who helped fund both projects. 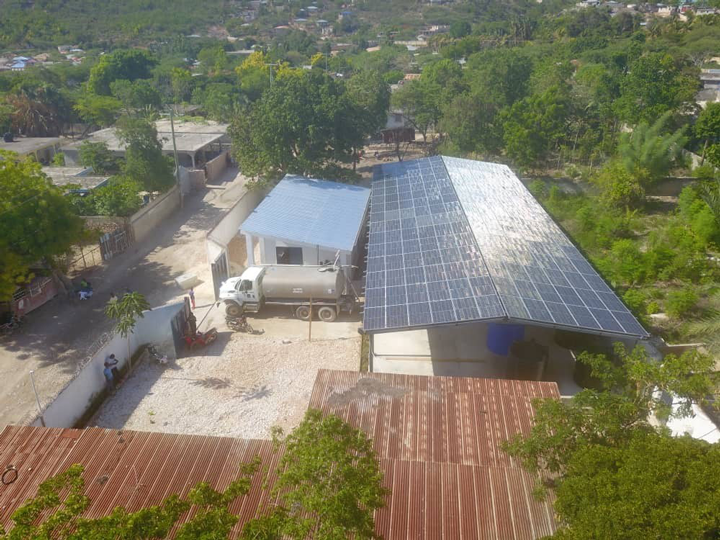 During these times of global unprecedented challenges, clean water is top of mind and this is especially true in communities that lack healthcare. In the face of COVID-19, GivePower acted urgently to push these projects forward, ensuring these communities had clean water in time to fight any outbreak. The Haiti facility, which became operational in late May, quickly drew long lines as the community registered to buy water. Kenya’s Likoni facility began distributing water July 27th, with people eager to acquire clean water.

Waterborne diseases are the #1 cause of death on the planet and 2.1 billion people lack access to a reliable source for safe, healthy water. While traditional solutions such as wells or rainwater catchment work for some, it is not a solution for people living in dry coastal regions given the brackish nature of the groundwater and the lack of sufficient rainfall. This makes clean water very expensive, resulting in many people drinking the brackish water and falling ill from it.

To ensure the maximum amount of people can benefit from this clean water source, GivePower’s Solar Water Farms were designed to distribute water to each region in numerous ways. Clean water can be accessed by people directly at the site, where a SmartTap system pours the exact amount of water needed to fill an individual person’s water containers. Each system can also provide larger quantities for those looking to distribute significant amounts of water in carts or trucks. These stations also help to provide jobs for the community as each Solar Water Farm is locally managed and operated.

“GivePower’s desalination system and the purified water it provides the island is of great importance. It is the best quality water we’ve had and at a price the population can afford. We would never ever have imagined such a project could be possible in our community and it is truly a Godsend,” said Seraphin Guy Kenold, City Delegate of Anse-a-Galet.

“We create local jobs and build these projects in convenient areas to reduce the travel time otherwise required to gather water each day,” said Michele Magee, President of GivePower.

These are the second and third GivePower projects of this type. GivePower’s first solar water farm installation took place last year in Kiunga, Kenya, a small fishing community located a few miles south of the Somalian border. An additional four projects are in development now and expected to be commissioned by the end of 2020.

Haiti currently has the highest infant mortality rate in the Western Hemisphere and the leading cause of infant mortality and illness in the children of Haiti is contaminated water. In fact, Haiti also has one of the highest incidence rates of cholera—a waterborne disease—in the world. Almost 10,000 people have died from the disease since 2010 and more than 27,000 suspected cases have been reported so far this year, an estimated 1 in 3 of them children.

With a population of 50 million, 41 percent of Kenyans rely on unimproved water sources, such as ponds, shallow wells and rivers, while 71 percent of Kenyans use unimproved sanitation solutions. These challenges are especially evident in the rural areas and the urban slums like Likoni, where the average total cost for an unreliable water supply is more than $15 per month per household. In comparison, the average water bill of a typical household in Nairobi that is connected to a piped system is only $4.46 per month. This comparison highlights the economic burdens that often fall more heavily on unconnected rural customers and urban neighborhoods . Even those areas with piped connections often suffer from an inconsistent flow of water. The struggle for access to affordable, clean, potable water drives many to contaminated sources of water that bring illness and disease to these communities.

GivePower is a 501(c)(3) non-profit organization committed to extending the environmental and social benefits of clean, renewable energy across the world. GivePower uses solar energy and storage technologies to deliver the most essential community services to the developing world. GivePower has helped power some of the economically poorest countries, including communities across 17 countries in Africa, Asia, and Latin America.