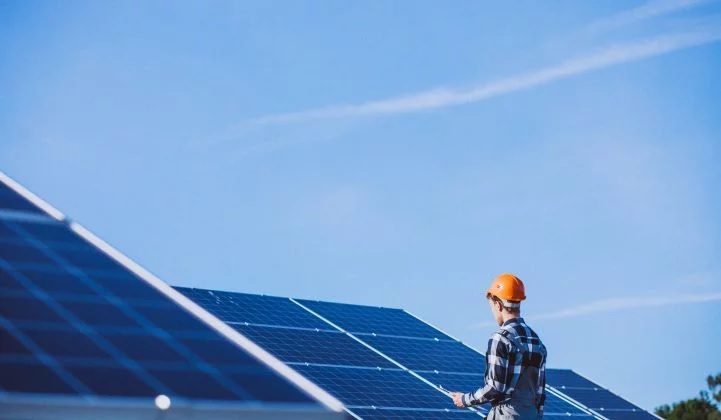 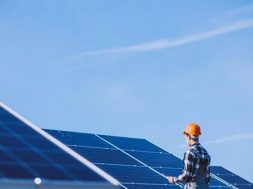 The developer is betting big on Pennsylvania, where relatively little solar has been built to date.

All of the projects are being developed in Pennsylvania, a state with only 475 megawatts of solar currently installed.

Grasshopper will lead funding on the projects and has committed more than $300 million to the portfolio.

It’s a noteworthy entrance for Glidepath, a largely unknown developer that’s been building on its portfolio since 2017. Glidepath’s founders are alums of developers including Strata Solar and Cypress Creek Renewables.

The company — not to be confused with wind, storage and solar developer Glidepath Power Solutions, backed by Quinbrook Infrastructure Partners — says it’s most interested in early-stage development in “overlooked” markets with strong fundamentals, such as easy local permitting and attractive cost curves.

Glidepath is at work on about 550 megawatts of additional distributed generation in Pennsylvania and on a smaller group of projects, totaling about 250 megawatts, in five other undisclosed markets. Geoff Underwood, a partner at the firm, said the company is drawn to geographies with little political intervention, meaning the market won’t dry up when incentives do.

“We didn’t want to move into a program or require government or regulatory action to make a project viable,” Underwood said in an interview. “Pennsylvania was our entry point for testing out this thesis.”

The lure of PJM
It’s a bold choice, since Pennsylvania — with its concentration of natural-gas fracking and lack of significant solar policy — hasn’t yet fostered the same kind of local solar industries that exist in nearby states such as New York or Massachusetts.

“A little contrarian, isn’t it?” said Underwood. “We wanted to take a different approach.”

Glidepath’s approach overlaps with Grasshopper’s strategy to pursue markets that depend on “the natural order of things,” said Chief Development Officer Jonathan Persaud. Grasshopper initially entered the U.S. market in Massachusetts, because of an incentive program comparable to those offered in the developer’s home turf of Ontario. Looking ahead, Persaud said the company is interested in states like Pennsylvania where projects don’t rely on subsidies and policy doesn’t drive the market.

Pennsylvania has a meager renewable portfolio standard target of 18 percent by 2021. But its position in the PJM Interconnection means merchant solar projects there could be lucrative when selling to other states tied to the same grid with higher power rates, according to developers.

“Unlike many other markets, there’s a lot more flexibility for moving power around,” said Underwood.

The unnamed IPP taking ownership of the four projects totaling 887 megawatts plans to sell the electricity on the wholesale market, according to Underwood. For the other portfolio, Grasshopper told GTM it’s likely to take a combined approach: contracting with offtakers and selling some power in the market.

Building solar projects in Pennsylvania is more economically attractive than building new natural gas, according to Wood Mackenzie Power & Renewables’ analysis of the cost of building a project as well as its potential revenue. That doesn’t mean new solar additions are likely to eclipse new gas generators, because gas builds are still quite cheap in the state. But it does provide some opening for enterprising developers willing to enter a relatively untested market.

The Solar Energy Industries Association and WoodMac forecast 925 megawatts of solar installations in Pennsylvania over the next five years. With Glidepath’s projects slated to come online in the early 2020s, that forecast could get a significant boost.

While Underwood declined to specify the states where Glidepath may move next, he said it won’t be “roiling markets” like Massachusetts and California, but in geographies with similar attributes to Pennsylvania — another indication that emerging solar markets are increasingly worth watching.