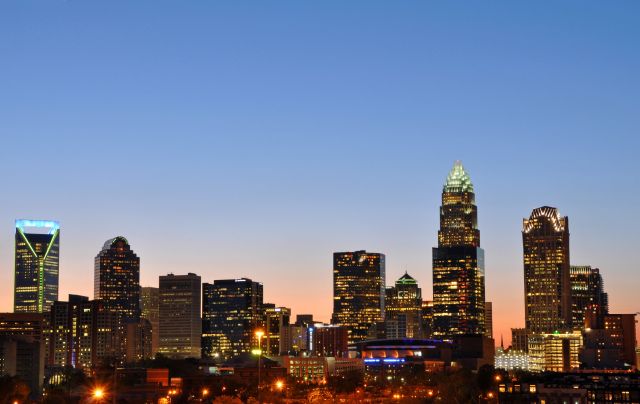 More than 200 U.S. cities, townships and counties have adopted 100% clean energy targets. While some have already achieved them, many more are still trying to figure out how they will work with many stakeholders, most notably their electric utilities, to get there.

Yesterday, the city council in Charlotte, North Carolina approved a unique collaboration that illustrates the innovative approaches taken in these partnerships. The city partnered with solar developers Carolina Solar Energy and Ecoplexus to be the first municipality to submit an off-site, utility-scale solar energy project to Duke Energy’s Green Source Advantage (GSA) green tariff program. This 35 megawatt project will provide Charlotte with enough clean electricity to power 10,000 homes annually and reduce carbon emissions equivalent to removing 12,000 passenger vehicles from the road. Over its 20-year term, the project is expected to create over 400 new jobs and offset roughly 25% of the carbon emissions from city buildings.

Why is this collaboration important? The GSA program is indicative of the evolution of green tariffs, which are increasingly designed with flexibility and the opportunity for customer input. Given these features, Charlotte was able to take a leading role in selecting the resource, ensuring it could meet specific municipal priorities such as workforce development and support of local businesses.

As the rubber hits the road and cities look to deliver on their renewable energy commitments, this kind of utility innovation and program design flexibility will be crucial to capturing the strong, growing clean energy interest of cities and other customers.

Green tariffs are programs offered by electric utilities. They allow customers to buy energy from a renewable project, and are a well-established clean energy solution for large energy customers. Since the creation of the first green tariff in 2012, commercial and industrial (C&I) customers have driven the majority of green tariff deals, bringing approximately 3.2 gigawatts of new, large-scale renewable energy onto the grid.

But large C&I customers are no longer the only customers who have aggressive sustainability and energy goals to meet. Local governments, who likely have experience with on-site solutions and may have participated in other green power programs that provide renewable energy certificates (RECs) at a premium, are now also looking to procure new, large-scale clean energy and demonstrate their climate leadership. 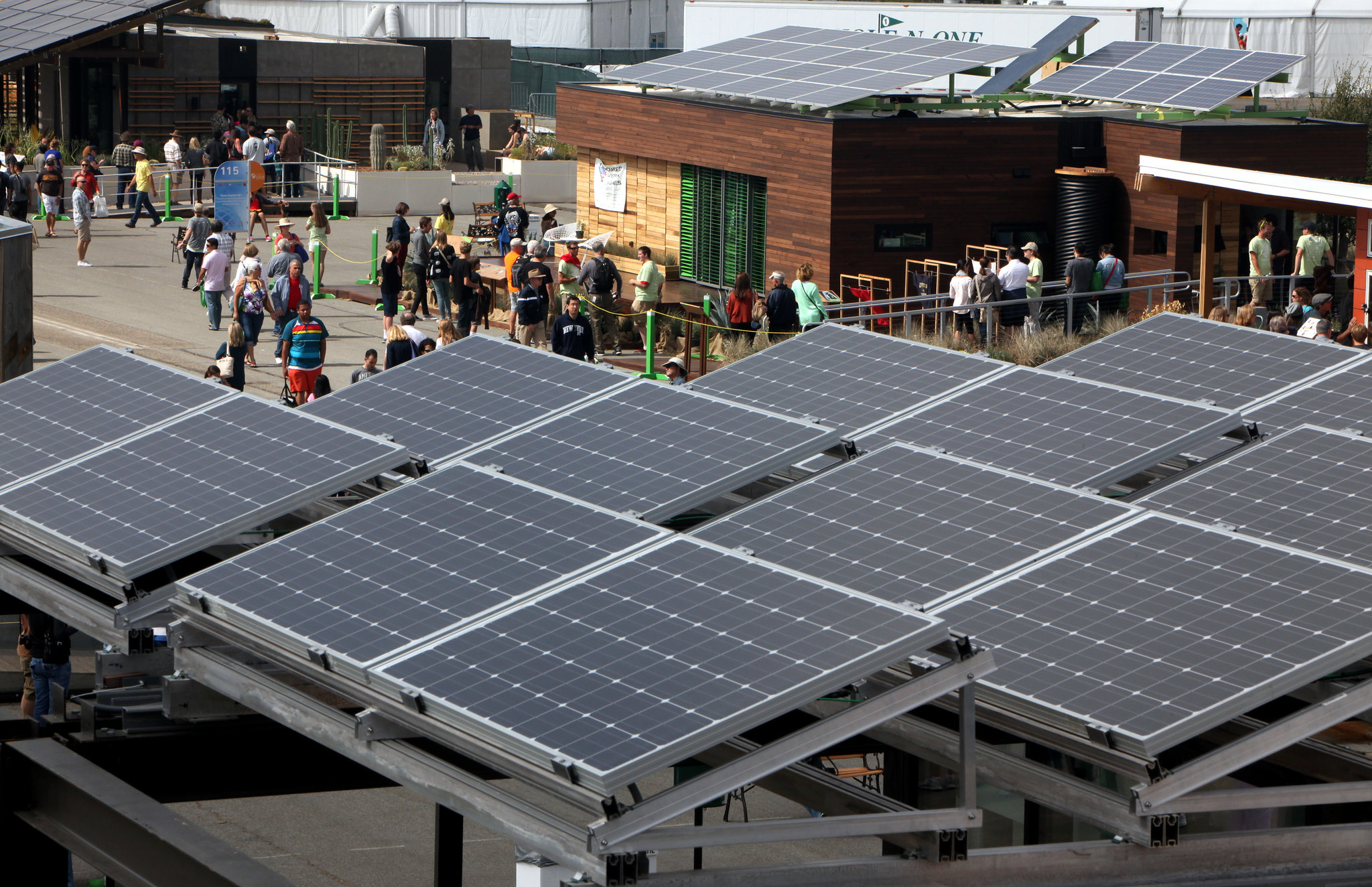 Solar panels built by a UNCC team for a competittion. Photo by Stephen Paltera/US Department of Energy Solar Decathlon/Flickr

Cities and counties are different from C&I clean energy buyers in a few important ways. Unlike corporate customers, who often bring new demand for renewable energy, municipal customers are typically established, existing customers looking to shift their sources of electricity. Driven by public purpose, city and county governments also place strong emphasis on local impact—which often manifests in a preference for nearby projects that can provide local environmental and economic benefits, while also protecting their taxpayers against negative financial impacts.

Cities Want to Be Involved

Finding a solution that addresses all these local government priorities can be challenging. Regardless, some utilities are responding effectively by evolving their existing green tariff programs or creating new ones that are open to a wider set of customers.

For example, in 2017, Puget Sound Energy developed a green tariff serving approximately 13 municipalities, eight commercial customers and a few government agencies, educational institutions and other users. Since then, utilities have continued to create programs designed to meet the varied needs of their customers: As of this year, 31 green tariffs are available (or pending) from 19 different electric utilities. 80% of these programs are available to existing customers and include flexibility in contract size and length—prerequisites if utilities want to draw in cities.

Additionally, utilities are increasingly allowing customers to choose from multiple pricing options, levels of involvement in resource selection and whether they want to purchase individually or alongside other parties, as in the Puget Sound Energy deal. All this flexibility makes renewable energy more accessible for the municipal buyers who so urgently want to lead on climate.

How Duke Energy and Charlotte Collaborated

Duke Energy’s GSA program caught the interest of several North Carolina cities and counties, including Charlotte. In addition to offering existing customers options for purchasing renewable energy, one feature unique to the GSA is that customers negotiate the terms of their contracts directly with the solar or wind developer. Duke Energy then contracts with the developer and delivers the power to the customer. This program component was a key reason Charlotte chose to participate.

Given Charlotte’s priorities, the GSA program stood out from other alternatives. It offered financial savings and opportunities to meet additional city goals, all while transitioning to cleaner energy. Here’s how:

Charlotte’s purchase isn’t so huge in the grand scheme of large-scale renewables. But it’s the structure of the deal that’s novel. It’s a proof-of-concept that shows that big cities, even those in states without electric retail choice, can work with utilities to deliver win-win deals that meet environmental, economic and social goals.

Over the last decade, technology companies and other commercial customers have paved the way on clean energy. But as the new decade begins, U.S. cities and counties are emerging as climate leaders as they continue to set and achieve ambitious goals. Utility collaboration—and emerging utility programs for clean energy—will be essential to this success.

This effort was supported by World Resources Institute and Rocky Mountain Institute as part of the American Cities Climate Challenge Renewables Accelerator.