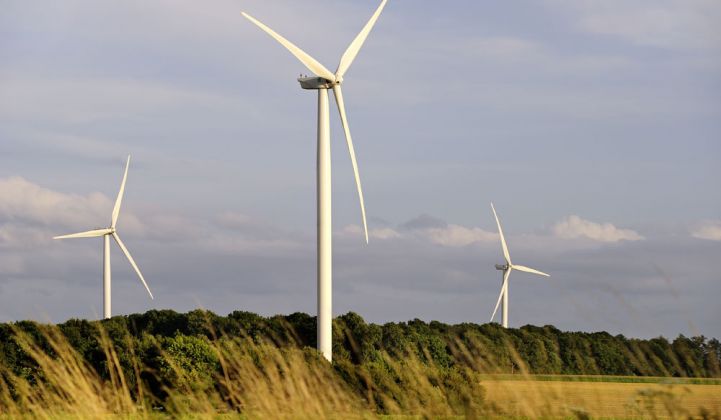 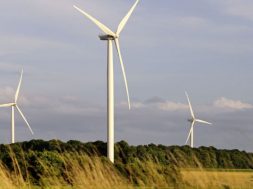 General Electric has sold 650 megawatts of joint venture-owned renewable energy projects, less than two months after trumpeting an expansion of its renewables arm.

GE’s joint venture partner bought the assets, which had an enterprise value of around $900 million, for $256 million, said the Italian power giant Enel in a press release.

The assets included 25 megawatts of geothermal at Cove Fort in Utah and 13.4 megawatts in Salt Wells, Nevada; 400 megawatts of wind at Cimarron Bend in Kansas and 150 megawatts in Lindahl, North Dakota; and a 59.5-megawatt geothermal-solar facility in Stillwater, Nevada.

A small solar PV facility, of 2.4 megawatts in Sheldon Springs, Vermont, was also part of the package. Enel said the transaction would help the group increase its consolidated renewable energy capacity in the U.S. market, in line with its 2019-2021 strategic plan.

Paradoxically, GE is also supposed to be increasing its consolidated renewable energy capacity at the moment.

At the end of January, ahead of the company’s Q4 2018 earnings report, it announced an expansion of GE Renewable Energy to house its renewable energy and grid assets, including solar, storage, wind and hydropower capacity, all in one place.

As reported in GTM, GE said the change, which followed reorganizations in November 2017 and June 2018, would position the company to address the evolving needs of the power market, including the growth of renewable energy.

“GE intends to intensify its focus on the growing renewable energy market by consolidating all of the company’s renewable and grid assets into a single, simplified renewable energy business,” it said in a press release.

GE pays off its debts

In the press note, company chairman and CEO Lawrence Culp said the strategic realignment would position GE to lead in the fast-growing renewable energy market. It “will help our renewable energy teams to better support their customers,” he said.

But holding onto EGPNA REP assets aren’t part of the plan, it seems. At the beginning of this month, Reuters reported that GE was looking to sell its stake in the joint venture so it could pay off debts that stood at $121 billion as of the end of last year.

EGPNA REP could be worth more than $1 billion excluding debt, Reuters said. At the same time, GE Energy Financial Services was looking reduce its holdings to about $5 billion by the end of this year, from $10 billion in 2017, said Reuters.

A large chunk of that came from the $2.56 billion sale of GE Energy Financial Services’ project finance debt business to Starwood Property Trust last August and a $1 billion selloff of equity investments to Apollo Global Management in October.

The EGPNA REP sale leaves around 1.1 gigawatts of hydro and wind assets in the joint venture, according to Enel. Assuming half of this is still owned by GE, it would seem likely that further disposals are on the cards, either to Enel or to third parties.

Neither GE nor Enel were willing to comment on the matter, however.

Chris LeWand, global clean energy co-lead at FTI Consulting, said: “We shouldn’t be too surprised to see GE considering its options with regards to its joint venture with Enel, and selling assets to the latter, as it’s part of its restructuring plan through 2019.”

What makes the deal interesting, he said, is the choice of assets and ventures that GE is selling off. “Renewables offer stable, long term returns, which suggests that, right now, GE needs some quick wins,” he observed.

LeWand said the transactions were unlikely to suggest the start of any wider clean energy divestment trend, but simply reflected GE’s efforts to reduce debt while underscoring Enel’s drive to increase overall capacity in the U.S.

“We expect M&A activity in the U.S. market to be strong in the coming months, largely driven by demand from strategic and financial acquirers,” he said.