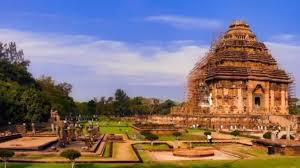 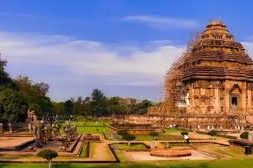 On May 20, 2020, the Ministry of New and Renewable Energy launched a scheme to solarize the Konark town and Konark sun temple completely.

Highlights The scheme has been launched to develop the historic Sun Temple in the town of Konark. Also, the scheme will develop the town into Surya Nagri. The development will be to deliver the message of synergy between the sun temple and the modern use of solar energy. The scheme mainly aims at promoting solar energy.

Key Features of the scheme The scheme will set up 10 MW grid connected solar project. It will also launch applications such as solar drinking water kiosks, solar trees and off grid solar power plants with battery storage. The project is to be implemented by Odisha Renewable Energy Development Agency.

The Konark Sun Temple is a world heritage monument. It was built in the 13th century. It was built by King Narasimhadeva I. The temple had been designed in the shape of a chariot. It was declared a UNESCO World Heritage site in 1984.

The temple was once called the Black Pagoda as it was then believed to draw ships and cause shipwrecks. There are also other cultural site in India where the term ‘Pagodas’ has been referred. It is Mahabalipuram in Tamil Nadu. The site is believed to have had “The Seven Pagodas of Mahabalipuram”.