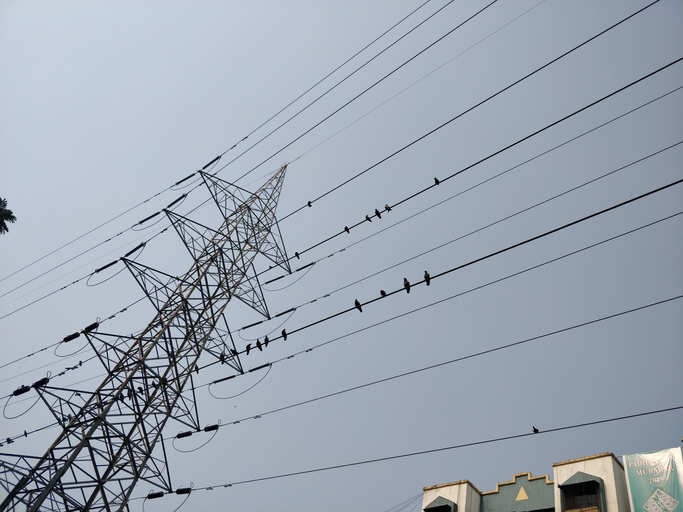 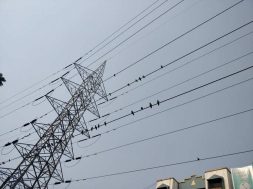 NEW DELHI: The government plans a grant of over Rs 1.1 lakh crore to state power distribution companies under a new bailout scheme that would mandate discoms with high losses to either privatise operations or appoint distribution franchisees and invest in infrastructure upgradation, a senior official said.

The government expects to spur about Rs 3 lakh crore of investments in the distribution sector through the latest discom restructuring scheme that it claims to be different from the three previous initiatives.

“The scheme is reform and resultoriented where the distribution companies will invest first and get money later only when they perform,” a senior government official said.

The scheme, previously proposed to be named as Atal Distribution System Improvement Yojana, or Aditya, is likely to come up in the upcoming budget since the previous Ujwal Discom Assurance Yojna is expiring in March, the official said. 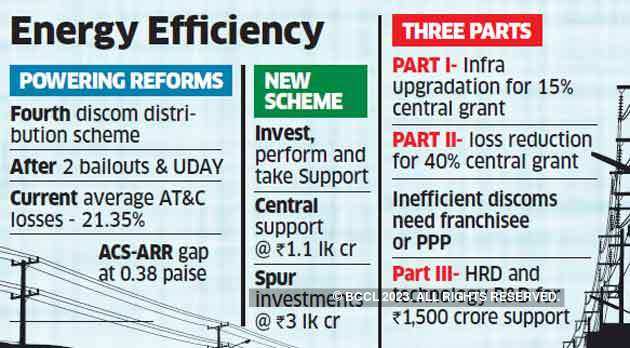 It is being packaged in three parts.

The first part envisages infrastructure upgradation including implementation of smart metering at a total outlay of Rs 2,30,000 crore, of which 15% is proposed to be supported by the central government and 10% by the state. The Centre’ share of funding is likely to be to the tune of Rs 25,000 crore, the official said.

The second part would require inefficient discoms to undergo institutional reforms to avail investment support. The scheme envisages lowering aggregate technical and commercial losses of discoms to 12% and eliminating gaps between their costs and revenue. Government data shows the average commercial losses of discoms at 21.35% and the revenue gap at 0.38 paise per unit of power.

The Centre proposes to give up to 60% grant to the states, or about Rs 85,000 crore, toward loss reduction measures, including segregating agriculture feeders and aerial bunch cabling, in this phase. State utilities will be eligible for additional grant for overachieving given targets.

The discoms will have to choose to either operate under a public-private-partnership model or supply power through multiple franchisees in all circles of operation within nine months of joining the scheme, the official said. The Centre is likely to give these state discoms the option to use the grant to meet their financial obligations to lenders and generation companies.

Discoms’ dues to power producers, estimated at Rs 82,000 crore, is considered a key factor behind stress in the power sector. The third part of the scheme would focus on development of human resource and future technologies at a central government support of about Rs 1,500 crore, the official said.