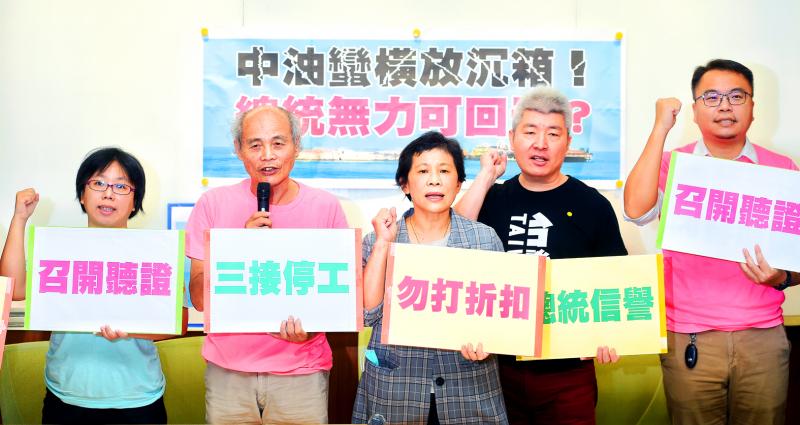 Government urged to halt CPC project to save reefs 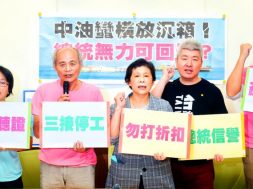 Government urged to halt CPC project to save reefs

Environmental protection groups yesterday urged the government to halt a construction project by state-owned oil refiner CPC Corp, Taiwan in Taoyuan’s coastal Datan Village (大潭) to save algal reefs and to hold an official hearing on the issue.

The formation of the shallow-water algal reefs began about 7,500 years ago and they stretch along 27km of Taoyuan’s coast, geological research have found.

CPC’s plan to build the nation’s third liquefied natural gas terminal at the nearby Guantang Industrial Park could spell doom for the reefs, environmentalists have said.

Taoyuan Local Union director Pan Chong-cheng (潘忠政) told a news conference that it was the 107th time they have held a news conference calling for protection for the reefs, but their efforts have been unfruitful and they question the commitment of President Tsai Ing-wen (蔡英文).

Pan said Tsai met with the environmentalists on June 4 and asked Presidential Office Deputy Secretary-General Lee Chun-yi (李俊俋) to be the contact person.

Lee during an hour-long discussion on June 16 agreed that construction causing serious damage to the reefs would be halted during the negotiation period, Pan said.

The first communication platform meeting at the Council of Agriculture on June 18 concluded that a “quasi-hearing” would be held, he said.

However, the environmentalists on Wednesday last week discovered that three large caissons, structures that keep water out of a construction site, and protective facilities were installed by CPC in the sea near the industrial park, damaging at least 0.5 hectares of the reefs.

Wild at Heart Legal Defense Association director Chen Hsien-cheng (陳憲政) said that when Tsai on June 4 told them that she cares about protecting the reefs, they thought they “finally saw the light” after so many years.

However, seeing the caissons made them question “her sincerity in communicating,” Chen said.

“The government gives excuses, such as northern Taiwan having not enough sunlight to develop rooftop solar systems, but Japan, with its higher latitude, has many rooftop solar panels,” she said.

The government should stop procrastinating over its green energy policies and deceiving environmentalists, she said, adding that the government’s arrogance might lead to corruption.

Taiwan Citizens Participation Association director Ho Tsung-hsun (何宗勳) called for the construction project to be halted and for real negotiations to be held within a week, or else they would start a series of protests.