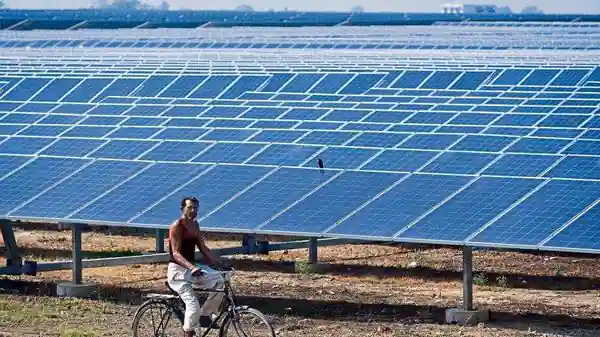 Large battery storages can help keep India’s power grids stable, given electricity is produced intermittently from clean energy sources such as solar and wind. 1GWh (1,000-MWh) of battery capacity is sufficient to power 1 million homes for an hour and around 30,000 electric cars.

According to the government, the Khavda renewable energy park in Kutch will be the world’s largest and will finally generate 30GW of clean energy.

Spread over 72,600 hectares, it will need ₹1.5 trillion investment. The foundation stone of the park was laid by Prime Minister Narendra Modi last December.

Mint first reported India’s plan to set up solar and wind projects on fallow land along its border with Pakistan in the Kutch district of Gujarat and Bikaner, Barmer and Jaisalmer districts in Rajasthan.

India has already crossed 100GW of installed solar and wind capacity, with another 63GW under construction.

The plan is to have 175GW renewable energy capacity by 2022 and 450GW by 2030. This huge injection of electricity in the grid from sources such as solar and wind requires a storage mechanism that can help balance the national electricity grid.

According to the Central Electricity Authority, there will be a need for 27GW of grid-scale battery energy storage systems by 2030 with four hours of storage.

“So that’s the size I need to begin with. That’s for starters,” Singh added.

The Ladakh plan involves setting up 10GW of large green energy capacity in the strategic region comprising solar and wind parks and using these large battery units to store that electricity to supply to the rest of the country.

Ladakh, Thar, Rann of Kutch, Lahaul and Spiti have the potential to generate 315.7GW of solar and wind power and will require investments of ₹43.7 trillion over the next 30 years to 2050, according to a study conducted by the state-owned Power Grid Corp. of India Ltd.