Village in northwest England to receive a 20% H2 blend for ten months in what the local gas distributor describes as a ‘ground-breaking green energy trial’.

A village in northeast England is to receive a blend of 20% hydrogen in its natural-gas network as part of a “ground-breaking green energy trial” after the UK’s Health and Safety Executive gave the ten-month pilot the go-ahead.

Winlaton will next month become the first community in the UK to receive a hydrogen blend via a public fossil-gas network, in what is the second phase of the £22.5m ($31m) HyDeploy project, which is being delivered by a consortium including gas distributors Northern Gas Networks (NGN) and Cadence, and electrolyser maker ITM Power.

The first phase saw 100 homes and about 30 commercial buildings on a private network at Keele University in northwest England use a hydrogen blend for 18 months. According to NGN, 668 homes, a school and some small businesses in Winlaton will receive the blend after having all their gas appliances tested.

This will be Europe’s fourth hydrogen blending pilot, with previous successful trials in the Netherlands, Germany and France, according to NGN.

Natural-gas appliances in the UK can handle up to 23% hydrogen without requiring adaptation, says NGN, but problems would emerge if the hydrogen volume was increased beyond that.

Blending up to 20% hydrogen in the gas grid is being promoted by the natural-gas industry as a “green energy” source, but it would massively push up prices for consumers due to the far higher cost of clean H2, while at the same time only reducing carbon emissions by 7%, due to the lower energy density of hydrogen compared to fossil gas.

The use of natural gas for heating needs to end if countries are to reach net-zero emissions by 2050, so gas distributors face an existential crisis. The only way they can stay in business over the long term is if they can distribute 100% clean hydrogen to homes and businesses.

However, multiple independent studies have shown that there are cheaper and more efficient ways to decarbonise domestic heating, with electric heat pumps being three to six times more efficient than hydrogen boilers, while costing half as much.

In a 100% hydrogen network, not only would all gas-burning appliances — boilers, cookers, ovens, etc — need to be replaced, but the grid network would need to be upgraded to handle the smaller hydrogen molecules.

All metal pipes would need to be replaced with polyethylene ones — including those ones hidden in walls and under floorboards in people’s homes — while all the valves and compressors across the network would also have to be swapped out.

The fossil-fuel industry argues that electricity grids would not be able to handle the increased power demand for electric heating in winter, but utilities and network operators say it would not be a problem. 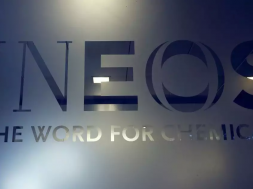 Planning for hydrogen – will the system be a help or a hindrance? – EQ Mag Pro