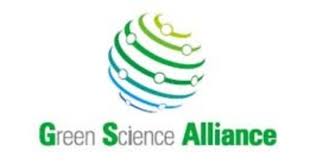 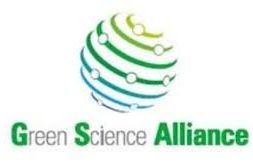 KAWANISHI-CITY, Japan: Climate change is caused by human activity and population explosion, and is becoming a serious issue because of the increase in greenhouse gasses such as methane and carbon dioxide (CO2). Replacing petroleum consuming cars with hybrid, electric, and fuel cell cars is one of the ways to reduce CO2 emissions from automobiles. Also, building a smart-grid society is another efficient way. Rechargeable batteries are very important devices since they can store electricity produced by sustainable energy sources such as wind power and solar cells. So far, a lithium ion battery is one of the representative rechargeable battery in modern society. Therefore, increasing the capacity of lithium ion batteries is an extremely important task and large corporations, universities, and research institutes in the world are trying hard to develop better lithium ion battery.

In this regard, Dr. Ryohei Mori at Green Science Alliance Co., Ltd. has developed semi all solid-state Lithium Ion Battery. Electrolyte is composed of oxide based Li7La3Zr2O12 (LLZO) and ionic liquid-based electrolyte. Generally, LLZO has been utilized as solid electrolyte to create an all solid-state lithium ion battery. With this type of battery however, the cell capacity is relatively low due to the lack of electrical contact between oxide electrode and oxide LLZO. To overcome this issue, Green Science Alliance has also applied ionic liquid-based electrolyte together with LLZO, in order to attain enough electrical contact between electrolyte and electrode. Since they use partly liquid based electrolyte, it is called a semi all solid-state lithium ion battery. They also used LiNi0.5Mn1.5O4 as cathode and Li5Ti4O12 as the anode materials. It should be noted that all of these materials are synthesized in Green Science Alliance Co., Ltd company. This is the advantage because the capacity of lithium ion battery largely depends on these component materials (cathode, anode, electrolyte, solid electrolyte). They make small testing size batteries and measure their electrochemical property including cell capacity data in their lab so that they can offer all of their synthesized materials with precise electrochemical data. This is the in trust to their customer and their battery business has been expanding because of these reasons.

They will further the challenge to increase cell capacity by synthesizing other material and modifying nano-structure including electrode/solid electrolyte interface. Since Green Science Alliance synthesizes electrode and electrolyte within their company, this will be a great advantage.