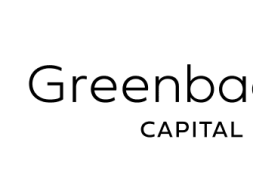 As a result of the Acquisition, Greenbacker will operate as a fully integrated and internally managed company with its own internal executive management team (“Management”) and other employees to manage its business and operations.

Charles Wheeler, CEO of Greenbacker, said in support of the Acquisition:

“We believe that the benefits of this transaction will help us to build upon the robust platform that we have created, enabling us to pursue new and exciting prospects to create value for our shareholders. Adding the funds management business into GREC will also allow us to continue raising and deploying capital in areas consistent with our mission, while expanding our ability to positively impact the important environmental and social challenges we face as a community. Our goal as long-term owner-operators is to stay ahead, anticipate new opportunities, offer adaptable investment solutions, and build durable partnerships to create the future of energy. This transaction will help us to achieve that vision.”

Management believes that the Acquisition has the potential to result in a substantial increase in the value of GREC, as the fully integrated and internally managed company resulting from the transaction will represent a platform that can take full advantage of many market opportunities while at the same time reducing GREC’s overhead and increasing its profitability.

When GREC was launched in 2014, it was envisioned as an externally managed company that would make financial investments primarily in operating renewable energy power plants. In the years since, Management has comprehensively grown its capabilities to include technical asset management, procurement, construction management as well as late-stage development of renewable energy projects. This evolution has changed the character of the business and has moved GREC away from its early days as a purely financial investor.

Management believes that GREC now has many of the capabilities and characteristics of Independent Power Producers (“IPPs”), which are a growing category of the power generation business and are generally classified as non-utility power generators. Management believes that GREC should adopt the form taken by other IPPs; namely a corporate structure whereby senior management is internal to the IPP and focuses upon building businesses that benefit the shareholders of the IPP. GREC will continue to own and operate renewable energy assets as an IPP while also developing the funds management business using Greenbacker’s now internally integrated deal team, capital raising group, technical asset management group, accounting group and finance team.

Potential benefits of the Acquisition include:

All consideration will be paid in GREC shares – no cash will be payable to Group or its owners. The consideration will be paid through 24,365,133 newly issued Class P-l shares, which were valued at $8.798 per Class P-I share (with an aggregate value of $214.36 million, net of deal related fees and expense) and 13,071,153 newly issued shares of a new class of Class EO shares (divided into the three separate series). The Class EO shares will initially not be entitled to share in any distributions paid by GREC but will have the potential to participate on a share for share basis with the Class P-l shares, subject to the achievement of separate benchmark quarter-end run-rate targets applicable to each series, or upon the occurrence of certain liquidity events.

Additional information regarding the terms of the Acquisition is available in the Current Report on Form 8-K filed today by GREC with the Securities and Exchange Commission.

Greenbacker Renewable Energy Company LLC is a publicly reporting, non-traded limited liability sustainable infrastructure company that acquires and manages income-producing renewable energy and other energy-related businesses, including solar and wind farms. We seek to invest in high-quality projects that sell clean power under long-term contract to high-creditworthy counterparties such as utilities, municipalities, and corporations. We are long-term owner-operators, who strive to be good stewards of the land and responsible members of the communities in which we operate. We believe our focus on power production and income generation creates value that we can then pass on to our shareholders— while facilitating the transition toward a clean energy future.