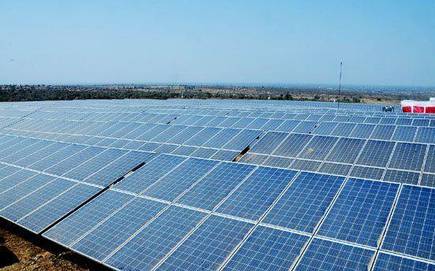 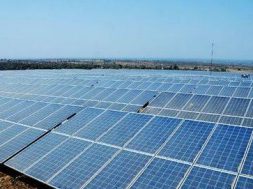 While an investment of Rs 1,00,000 crore is expected in the next three years in solar and wind power generation projects, another Rs 1,20,000 crore would be invested by private players in ‘hybrid parks’, wherein both wind and solar projects can come up at the same location, said Patel.

Under their three-year plan for the renewable energy sector, the state government intends to generate 10,000 mega watt(mw) through solar energy and 5,000 mw through wind energy, Patel told reporters.

Some of the major projects envisaged for the next three years include a 5,000 mw solar park at Dholera and 1,000 mw wind energy project near Pipavav port, where windmills will be installed in the sea near the port.

“We have planned to attract an investment of Rs 1,00,000 crore in the next three years in these projects.

At present, renewable energy production in Gujarat stands at 7,645 mw, that is 28 per cent of total power production of the state,” said Patel.

“By 2022, we intend to produce 22,922 mw of electricity through solar and wind, which will be around 54 per cent of total power production of the state.

In the long run, our push will be on renewable energy rather than conventional electricity generation,” the senior minister said.

To attract new players in this sector, Patel said the wastelands located near 66kv substations all over Gujarat will also be alloted for solar power generation.

“We have already identified 50 such sub-stations, around which, land is available.

As per estimates, 3,000 mw of electricity can be generated through solar parks built on those tracts of land,” said Patel.

Under the recently launched ‘wind-solar hybrid power policy – 2018’, aiming to make optimum utilisation of the land and grid, the Gujarat government aims to generate 30,000 mw of electricity with an investment of Rs 1,20,000 crore in the next 10 years, Patel said.

Under the policy, a developer of a solar project can use the same land for setting up wind power projects and vice-versa.

The government will only provide land on rent. All the investment will be done by private players,” he said.